I've held a giveaway of "The Goddess's Saga" on the Goodreads website, and I sent the books out today. It's a strange feeling; when I sell books I assume people will like them, but when I give them away, I worry. I mean, if someone chooses to spend money on a book, they've usually at least read the blurb. Giveaways are different. Most people like to get something for free, but some are very disappointed if the thing they get don't live up to what they expected. The books look good anyway, and I like the contents, but I am - of course - biased. I'm hoping to get some reviews - whether people like my work or not, I enjoy hearing their thoughts. :-)

My publisher has some new releases today. Check them out! 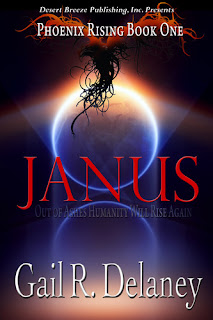 Janus by Gail Delaney
It's been a year since Humanity rose up against their alien oppressors and took back Earth from the Sorracchi. The war left Earth devastated, crippled, but not beaten. Under the leadership of President Nick Tanner and in collaboration with their new Areth and Umani allies, the Earth seeks stable ground again.

John Smith of the Areth was a soldier before his queen asked him to serve as ambassador to Earth, and he is out of his element. Restricted in his position from carrying a weapon, he has no way of defensing himself or his adopted son when the Xenos -- a group of Humans wishing to purge the Earth of all alien influence -- decide they want him dead.

Jenifer is a soldier for hire, and answers to no one but her own common sense. She first refused the "job" of serving as John's bodyguard, but a glimpse at the heart of the man convinces her to accept the responsibility.

John has two faces: a soldier and an ambassador of peace. Jenifer has two faces: the steel-skinned warrior and the forgotten person she once was. Too many people hide behind masks, and it's those hiding who want John dead. 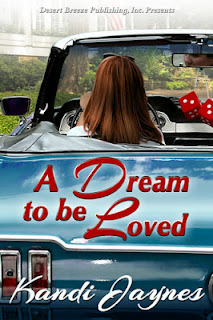 A Dream to be Loved by Kandi Jaynes
Kate spent her adult years focused on fulfilling a list of goals she had created as a teenager. Once the last goal was accomplished, she found comfort in the belief she was in complete control of her own destiny. The one contingency she had purposely left off her list was any kind of personal involvement with a man. That is, until Drake Hampton walked into her life sending a shockwave through her tranquil existence and, forced her to face the possibility.
Show More
Show Less 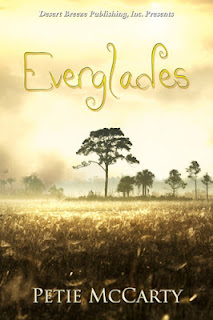 Everglades by Petie McCarty
Photographer Kayli Heddon is sent on an airboat tour of the Everglades to do a controversial photo-essay for the governor's re-election campaign. The tour's scheduled guide gets sidetracked, and he coerces his cousin -- sugar plantation owner Skye Landers -- into taking his place and guiding the government biologists and photographer on the two-day safari.

Kayli’s ex-boyfriend, Clay Jameson -- the governor’s Deputy Chief of Staff -- isn’t buying her story about a routine assignment and shows up unexpectedly to tag along on her tour. Jameson and Landers immediately butt heads, and Kayli can't keep them from bickering anymore than she can quell her mounting agitation with Jameson or her inexplicable attraction to her enigmatic guide. She thinks Landers is just her Seminole airboat guide and wants to call the shots. Landers is used to giving orders, not taking them, and the two lock horns in the famed River of Grass. 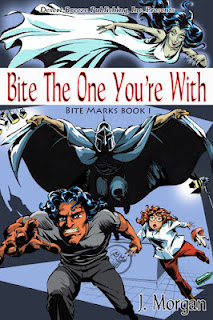 Bite the One You're With by J. Morgan
Megan Marshall thought she'd made all her dreams come true. Her career as a TV chef was taking off on the network level and in three days she'd be on her way to New York to shoot her first show for the Culinary Channel. When a strange Vampire shows up, she's sure her brother and sister's job with St. Vlad's Slayers has finally come to bite her in the butt. To bad she was right. On the run with Stalking Shadow, the Vampire sent to save her life, she finds herself in the middle of the first Vampire War in over four thousand years. Now, she not only has to stay alive long enough to become the next Paula Deen, she's got to find a way to do it while falling in love with the last man she should fall for, a Vampire.
Show More
Show Less