What do you do in your free time?

From time to time, I grow restless and want to try something new. This is when I usually pick up a new hobby. I'll be completely fascinated with something for a couple of years, lose interest, and move on to something else. I did have a period when beadwork was the most captivating thing on the face of the Earth, but other than that, it tends to be outside activities.

A long time ago, I was learning to fly. I worked in a little IT department at the time, and one of my colleagues liked to dive, and the other to climb mountains. Every Friday afternoon our boss looked almost sick - he thought none of us would come back. 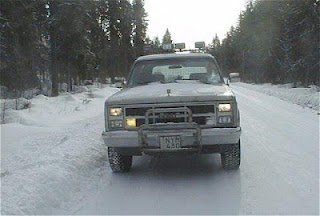 When I grew tired of trying to fly, I really got into off-roading. I had a huge old GMC Jimmy, and there's something really appealing with bouncing around in the woods. It was raised and had four wheel drive, and in summer time, there's a number of off road events around Sweden where you can drive on the military's land together with groups of like-minded people.

The Jimmy was a bit too wide, much wider than a European car, and tended to get stuck between the trees, but it was all good. That car saved my life - I was rammed by a really, really, really large truck, and if I had been driving something smaller, I would just have been a bump on the road. That's another story, though.

Here in the US, I haven't gotten around to exercising my wilder sides. It's much more difficult to be eccentric when you live in a city and don't know the area. Still, one day, I woke up with the strangest urge to buy a Katana sword. I've probably seen one in a movie or something, and I bet my subconscious brooded over it, and finally decided a Katana would be the coolest thing ever.

After doing some research, I learned there's a sport dedicated to cutting stuff up with a Katana - it's called Tameshigiri. That sounded way cool, and I just had to try. There are rolled bamboo mats one soak in water, put on a stand, and cut with the sword. Of course, no one around here sells them, and buying them online and paying shipping for something just to cut it up into little pieces soon seemed like a waste. Someone online suggested pool noodles.

Pool noodles are a challenge, because they bend. The slightest flaw in technique will make them bend and not be cut at all, or just shave a little off on the side. They are also cheap, and come in an abundance of funny colours. I don't have a good place to store them, so I've been keeping them in the back of my car. Someone at work saw them and commented, "I didn't know you have a pool."

I wasn't thinking, so I answered, "I don't. I put them up in the back yard and cut them with my sword."

He blinked, and I added, "Instead of bamboo mats. These are much cheaper, and much harder to cut." 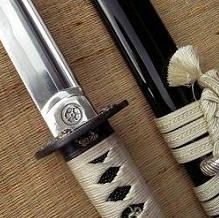 I thought, "Oh, smooth going, Maria," said, "Well, you know, I am a Viking," and gave a more proper explanation. We talked about swords for a few minutes, and I don't think he expects me to cut anyone's head off anymore.

Yesterday, I went to the grocery store, and the man handling the carts called out, "Happy Mother's Day, hope you have a good one!"

I was surprised, I don't think anyone has ever wished me happy mother's day before, but I flashed a smile and thanked him. When I was putting my groceries into the car, the nice man came into the parking lot to get the carts out there. He saw the pool noodles. "Hey, I see you have little swimmers at home. I hope they get you something nice!"

The devil sitting on one shoulder wanted to say, "No, I'm going to cut these into little pieces with my very big sword," but he was so nice and I didn't want to scare him, so I just said, "Yes! It's a nice day for swimming!"

When it comes to mother's day, we do have it in Sweden as well, but not for another couple of weeks. I think it's May 27th. If anything, it gives me a bad conscience because I haven't seen my mom for so many years. I don't have any children, and the dogs love me every day. Can't ask for more than that!

I've always thought mother's day and father's day were just another attempt of the retail industry to make people shop, but when I read about Patty's mother's day, I changed my mind. It seems very sweet. So, Happy Mother's Day everyone. Whatever you like to do, I hope you find some time for it today, and have a wonderful day!
at May 13, 2012