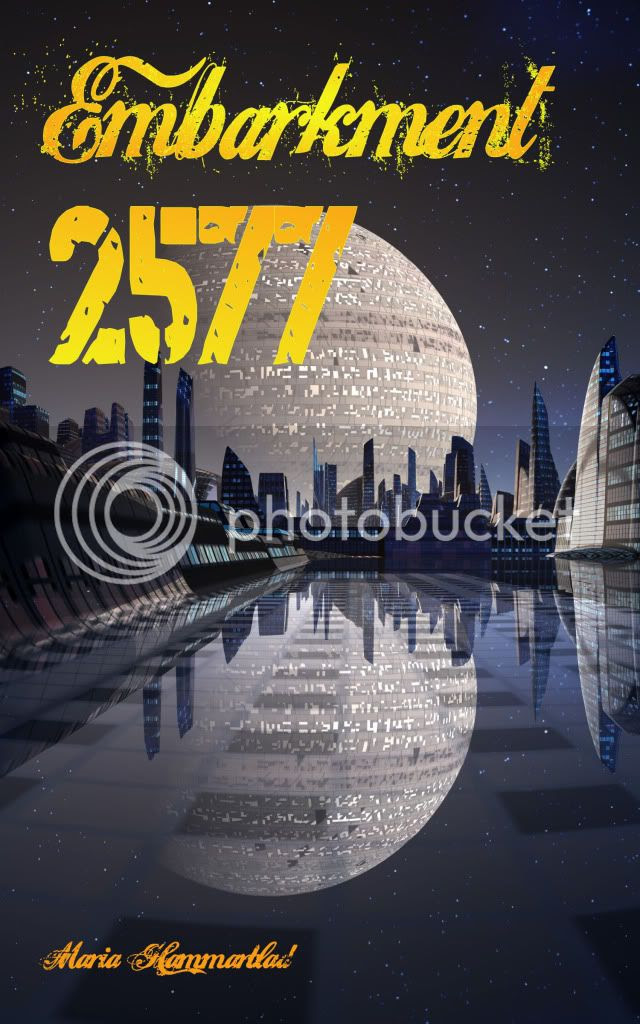 I have a series of novellas slumbering peacefully far down on Amazon's ranking lists; the Embarkment 2577 series. Something very bad happened when I started writing them: I giggled. A giggling writer can be a good thing, but when it's me, not so much. Enter absurdity!

The main character, Alexandra Marie, wakes up with amnesia in a strange environment. She doesn't recognize the room she's in, and bad quickly takes a turn for worse when she finds herself surrounded by a hologram of a rock star and a woman looking like a cat. During the first few chapters, poor Alex finds out that she died and was taken to the future by the android Adam.

In this version of the future, a big financial disaster almost destroyed the Earth, and when society recuperated, people wanted to remind themselves of everything lost and of what went wrong. Thus, all spaceships are named after fast food restaurants. To make Alex's life even worse they're soon invaded by bizarre creatures, and she has to draw on all the spunk of her own century to be able to deceive the intruders and save everyone.

I enjoy the books myself - clearly, since I wrote them, hahaha - but one has to be in the right frame of mind to read them. A reader expecting something serious will be disappointed.