I have had the opportunity to interview author Shaunna Gonzales, whose book Dark Days of Promise will be released September 21. Shaunna is a fascinating person, and her book is definitely on my TBR pile. She'll be back here October 11, with a character interview or some other fun stuff, so keep your eyes open! :-)


Have you always been writing? If no, what got you started? 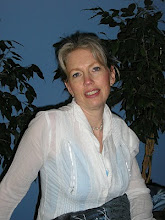 I thought I wanted to be a writer right out of high school but my older sister, an English Major, shared with me that she had just been rejected. At that time, I didn't know or understand the road to getting published. I knew I had no intention of being an English Major and I remember thinking "If she can't succeed, how can I?"

Fast forward to 2005 when my youngest started school. I had to find something to fill a lot of free time and still be able to stay at home. I started reading novels.

After reading most of J.K.Rowlings Harry Potter series I craved more great reads and went to the local library. I spent months wading through awful fiction, one touting its prize winning status, I threw it across the room. (In my weakened condition it only made it to the bed for a soft landing.)

"I could write better than this!" I grumbled. My hubby, ever understanding of my turbulent moods answered with a calm, "Then why don't you?" It wasn't long before I set out to do just that!


I love that! Do your characters develop on their own, or do you have their lives planned out in advance?

I am a "write by the seat of your pants writer." That means that if I plan too much, even my characters, I get bored. This makes it extremely difficult to write Trilogies or Series. It takes me a good hundred pages of the rough draft to know a character and as my characters are always learning and growing on their own, they take on lives of their own, even after I stop writing the story.


Do you base any of your character's personalities off people you know? (If "yes," do you tell them?)

Hmm... that is a toughy. In Dark Days of Promise, Victoria is very much her own self. I keep asking myself if there is any of me in her, probably.  Her best friend, Janine is a combination of several ladies, all deceased but very much alive on the page. I doubt their children will recognize them. And Janine's son, Kelly Chase. Kelly is partially based a a group of men, veterans that I know. Whether it is his description (physical or emotional) his injuries, or his PTSD, yes, I've told the guys in a round about way and given them credit in the acknowledgments. But the third in the love triangle would not be pleased if I told him that the character is based on him, so that one I'll keep to myself.


So... Kelly suffers from PTSD. That's an unusual but interesting subject. Is there a reason you wanted to write about it, or did it just fit into the story?

I wrote a scene to fix a boring mess and loved it. Loved the suspense it brought to the story and had to figure out where the idea came from.

It took until after the book was finish to completely understand and in the mean time I had to learn why that character would do what he did. My only lead took me back to the early seventies when I met a veteran as a child. Back then I don't think they even had a name for Post Traumatic Stress and if the military did, they didn't use it, at least not openly and the veterans dealing with the disorder were labeled. As I understand it, they were considered weak and in some circles worthless.

As I got deeper into my research and became friends with the veterans that I have, I developed a real affinity for the men who allowed me into their tightly knit brotherhood, albeit on the fringes. Will I ever be an equal? No. Will I ever completely understand? I hope not. But I respect what they and all veterans have done for their country. I also feel strongly that we, their co-habitants need to be aware. PTSD is more than a military acronym and one does not have to be a veteran to suffer from this disorder. I have been told, although I do not have the facts to back it up, that even an infant can suffer from PTSD.

The man I spoke of earlier is still able to kill. But he is not a killer today. Today he is a father of a very large family and a grandfather as well. I've lost touch with him, but I will not soon forget the cautions when playing with him. He would bounce me on his feet in the air or let me use his huge muscular frame as my personal "jungle gym" as long as he was on his back and invited me to do so. He loved children and still does. Never, ever could I touch or try to tackle him from behind. Today I know why. Then I didn't.


That's a fascinating story. I imagine that doing research for the book was a challenge?

Yes, but not in the way you might think. I invested a lot of time and patience in developing real friendship.


Did you find information on PTSD readily available?

I'm not thinking it would be that hard even if you want a clinical approach, but if one went to a psychiatrist you wouldn't get information on a particular case due to doctor/patient confidentiality.


Good point. I'm guessing it was difficult to get people to talk about it?

I went to veterans who I knew (if only vaguely) through my church. From there I developed a genuine interest and friendship and a sensitivity to not push too hard. I had to learn body language, unique to the individual that let me know I was getting too close. Talking in a small group, just the veterans and myself, without spouses present also helped as I'm not sure these guys wouldn't like their wives to hear the things I did.

When a veteran says something like, "I could tell you but then I'd have to kill you." He very likely is being very honest. It also helped to let these people know why I was asking and get them involved in my project. Those that were not invested didn't share as much as openly and that is fine too.


Now I'm more curious than ever, and I really look forward to reading the book. Thank you so much for stopping by, Shaunna! 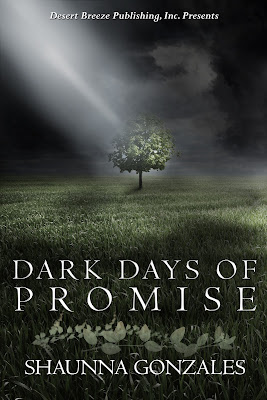 
Thirty-four year old Vicki Laramie must learn to trust before she can love, but she might die trying.

While Vicki’s children grapple with the death of their father -- a man whom she’s successfully fabricated as loving, a lie her rebellious teenager recognizes -- she must find a way to support her family and find a role model for her boys. She never intends to fall for Staff Sergeant Chase, her best friend’s son, who suffers from Post Traumatic Stress Disorder (PTSD). She’d much rather choose a safer man to love, but her children have a voice in the decision she makes.

With two deaths to deal with, a suitor after her money, a rebellious son, and Sergeant Chase’s repeated attacks, she can only hope to survive the danger she faces. If she doesn’t, her children will be left without either parent.