Today is quite a treat; for the first time, I have the pleasure to introduce an author from Australia on the blog. I'm relieved to see someone spell the way I do... colour, labour... A Warm Welcome to Stephen Ormsby!

Stephen C. Ormsby, writer from Down Under! 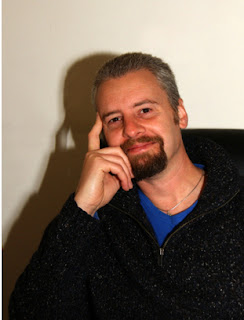 I’ve published my first novel called Long Lost Song and the last month has flown by with publicizing that, as well as organizing a series of author interviews (I now have more than 50).  In fact, this Sunday (26 August) I am doing my official book launch at Stockyard Gallery in Gippsland with a special guest Jack Dann.

Ooopsie, I was a little slow with putting this up. Apologies!
If you were to do it all over again, would you change anything in your latest book?

Another edit of the book!  I am sure there is mistakes in it, but having the book released makes up for that.

Who is your favorite author, and what really strikes you about their work?

Yeah, this rotten question.  I have so many authors that I read, but I can never work out who I read like.  Some of my favourites are Tad Williams, Joe R Lansdale, Neal Stephenson and Kevin J Anderson, but I feel as though I do not write similarly to any of them.

What strikes me about them all is they have style in spades.  Each one of them embraces me and does not let go – even after the book has finished.  Their books linger for me, which I have always believed is the mark of a great author.  Something I aspire to in my own fashion.

Is there a single book or author that made you want to write?

Ouch, that’s tough.  Probably Dune by Frank Herbert and the first Shannara series by Terry Brooks.  But I have always read books, rifling through Mum’s books at an early age.  I could not be stopped and even read Colin Wilson at an almost too young an age.  Each and every moment I have some form of book in my hand – either a real book, a kindle or my phone.  Each one makes me want to write.

Do you recall how your interest in writing originated?

I remember writing a script for a Claymation piece, which was very derivative of LOTR and Shannara.  I still have the story some thirty years later.  I have been writing ever since, but it is only with my second wife (and her massive support) that I have the belief to actually publish.

How does your family feel about having a writer in the family? Do they read your books?

The family I married into is rather strange anyway!  Oh, and I’m not insulting them – they revel in their strangeness.  This helps, as it allows me to be a lot more open.  Since meeting Marieke, I have released a book, written plays, owned a business and shop, and soon I’ll be a teddy bear for a local theatre company.  Nothing I would have expected in my life five years ago, and it makes me thankful.

Marieke is involved in every way.  I write the words but she helps me envisage it with her photos, her extensions on my thoughts and by running my new ideas by her.  We thrash them out really well.  My rock and my muse is my wife.

Do you have a favorite object pertinent to your writing? (Pen, coffee cup, pet, blanket, chair…?

Not a thing really.  It’s routine.  I love having a routine.  It’s starts with the normal kid run, then a coffee with Marieke.  Start the usual activities – social media or cleaning up blog interviews – then by 10(ish), hit the keyboard.  I write until I get hungry, eat and get back to writing with an aim of finishing at 3, but lately I have been setting my goal at 1000 words a day and achieving it rather easily (in a couple of hours or so – that’s in second draft even).

I love my coffee cup (I have a special one!) and my fountain pen.

What do you love about your latest book?

That it’s finished!  Oh, and that people can buy it.  It was a two year labour of love for me (and my wife).

Can you tell us something behind-the-scenes about this book that the readers would love to hear - something not easily found on your website?

It was a fifteen year old idea for me that centred around Robert Johnson, a 1930’s blues musician but also an enigma in that he only recorded 30 songs and is remembered for it.  Marieke inspired the ending for the book.

What is your favorite review of your book?

The first one where I got four stars for Long Lost Song.

Do your fictional characters develop on their own, or do you have their lives planned out in advance?

The idea for the story comes to me with a minor premise of character, then they run loose!  Some stay with me until I can write them out, but they will not tell me their story.  Confusing.  Apart from that, I have a huge backlog of stories going off.  Each one takes up room building themselves into something.

Do you base any of your characters personalities off people you know, and if so, do you tell them?

Ricky Jensen was based on Robert Johnson.  I didn’t even bother really hiding it!  Michael Decker was not based on anybody but turned into a variation of me.  I don’t think I told me until Marieke pointed it out to me.

How does it feel when you write?

I love sitting there, not thinking, but watching my fingers go hell for leather.  That is the most amazing feeling.  Having to think of the story does not feel right to me.  The characters let me know allowing me to be a portal for their stories.

I hear the ambulances already.  Did somebody say psychopath?

Continuing to write whilst married to my first wife.  It was about other things for her ie me climbing the corporate ladder, the big house etc and it really strangled that side of me.  I have always felt that Long Lost Song would never have been happened if I have stayed there.

I have three books that I wrote during that marriage – all of which were never read by her.  Now that I have published, I plan to go back to them now that I have people around me who think I can actually write.

I'm happy you pushed on with your writing. Of all the wonderful pieces you’ve written, which is your favorite?

So far, I have release one novel (Long Lost Song), and three shorts.  They are The Gift, Scientist and All Good Socks go to Heaven.  Each and every one of them is special to me in different ways.  I have a special place in my heart for the old scientist though.  He goes through so much but still have a happy ending (of sorts).

What’s your favorite place you’ve visited?  Do you have a “must see” destination on your bucket list?

I loved Paris and Bangkok, but would love to take my wife overseas generally.  That and a book tour to America for the whole family.  You’ve have to get on to that one for me, Maria.  Get me on the best sellers list and we’ll be seeing you soon.

I'll see what I can do. It would be cool to have you here!
Is there something funny about you people don’t know?

Let me just ask the wife first.  I go off on little verbal tangents where I channel some of the weirdest people.  Recently my wife recorded me doing my own radio play where I turned into Edna the witch that wanted to eat the short and curlies of marching fish.  Very strange for a few minutes.  There is still a recording of this somewhere and I can’t believe it was me.

I live in Australia 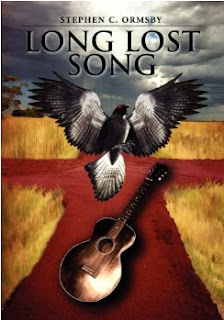 A virus is decimating America today and Michael Decker is the culprit. Or is he?

Is it the work of a curse recorded into a song by 1930's blues musician Ricky Jensen?

Long Lost Song tells the story of Ricky and Michael as they battle their personal and real demons while the world reaches end times of biblical proportions.

One question remains. How do you stop a devil of a song made to break a crossroads deal?

Buy the book on Amazon
Stephen has more stories available, see them all on his Amazon Author Page.