Sometimes I think book titles don't matter all that much, but this one sure did. I followed Monte R. Anderson on Twitter, and he sent me a message about his free read. I usually don't have the energy to check things like this out, but the title got me. I mean, Angels and Gargoyles, that's two of my favorite things. I had to look! 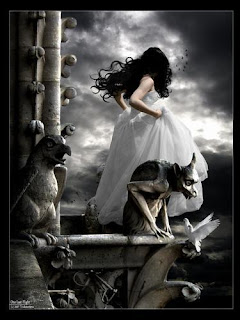 I laughed out loud on the first page. The story is funny, heartwarming, sweet, and short enough to read on a lunch break. I like the format - I like being able to finish something.

Why it's funny? Let me quote this one little gem of dialogue... Two characters are in the office of St Peter, holding a fairly serious discussion, and he says, “It was your idea, in fact, to have a canal digging contest on Mars. Great idea except you forgot to fill them in. You cannot believe all the problems that caused since. People actually believed there was life on Mars.”


It's taken out of context here, of course, but in the book, I found it hilarious! 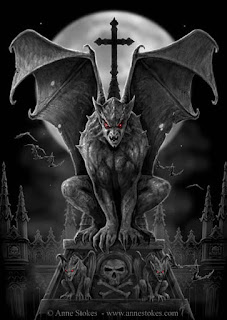 Blurb:
Angels and Gargoyles is a novelette about a romance among heavenly hosts; a beauty and the beast love story. It tells how two of God's workers, for unexplainable reasons, fall in love, much to the chagrin of St. Peter.

The images on this page have nothing to do with the book - I borrowed them from http://magickalgraphics.com/gargoyles2.htm.  Click on this text to see many more gorgeous gargoyle images!