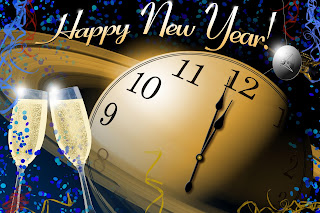 I've seen several predictions of 2013 becoming a year of turmoil, starvation, and international crisis. Blah, blah, blah. I personally don't like doomsday prophecies. Seriously; they usually only scare people without coming true, and if they come true, it's because they're self-fulfilling. I'm optimistic about next year.

My new year's wish is that people will learn to care just a little bit more for each other. Imagine if everyone did one extra kind thing every day. Random acts of kindness span the borders of countries, religions, and cultural backgrounds.

On a personal note, I think 2013 will be interesting. Probably filled with hard work, but interesting. I have contracted three books with Desert Breeze Publishing (I think for June, August, and November, but I might be off) and I have a few manuscripts and ideas brewing in the computer. Starting January, lovely Roxanne Rhoads from Bewitching Book Tours will be my publicist. She's awesome at booking blogs and getting interviews. I'm excited!

Thank you everyone for supporting me in 2012. I appreciate it more than you know.

Since I don't have anything profound to say, here's my intended book blurb for the first 2013 release, Flashback:

Steve Petersen is a Very Troubled Man. Sole survivor of a Taliban POW camp he often thinks only parts of him returned; his sanity appears to have been left behind. He seeks solace in alcohol and drugs, but nothing helps block the images from his mind for more than minutes at a time, and he is trapped in horrifying flashbacks.