Eye of the beholder!


My good writer friend Patty Froese is celebrating a new book release: Eye of the Beholder. Patty is a wonderful, warm, and funny person, and I'm thrilled to introduce a blog post from her. Particularly since it gave me some good awwww and laugh out loud moments! 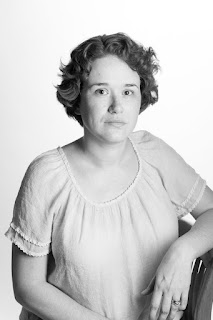 I met my husband during my starving artist years.

Those were fun years! I lived on the cheap, worked as few hours as possible at part time jobs, and wrote in every spare minute.  I lived in downtown Toronto in a tiny apartment with a leaky roof and a mouse in the wall. My first published novel was written during that time--so it was definitely productive.

One week, I decided I wanted to go to church again for the first time in a few years, and I looked in the yellow pages (I had no internet at home) for the closest one to my home and then hopped on the streetcar. I didn't own "church clothes" anymore, and I didn't look the part, but I figured that shouldn't matter too much.

My husband was the first person to talk to me when I stepped in the door of that downtown church. To hear him tell it, he spotted me across the foyer and thought, "I'm going to marry her." I think it probably took a little longer than that to get to the commitment stage, but not much. He gave me a little booklet and wrote his phone number inside.

I was clueless. I'd never really dated a Christian guy before, and I thought his phone number was just being Christianly. I knew what things meant with "regular" guys, but Christians? Weren't they supposed to be uber-nice to everyone? But when he gave me his number again the next weekend, my roommate insisted that he was probably interested, which gave us scads to talk about over a pot of tea in our leaky kitchen. Christian men were alien to both of us. So I gave him a call.

We talked all night. He had a thick African accent, so he and I spent a lot of time trying to figure out what each other were saying, but it was worth any frustration. He was unlike any guy I'd ever met.

About two weeks later on a long walk together, he asked me to marry him. Two weeks in, I knew it was crazy and I knew exactly what all my friends and family would say to me, so I said, "Yes, I'll marry you. But let's not tell my family just yet..."

It was eight months from "Hello" to "I do." He was the conservative church guy in a black suit, and I was the artsy girl in jeans with a shaved head.  Nearly eight years later, we've balanced out. I have hair, and he's been known to wear jeans to church. (Gasp!) And we're still crazy about each other. 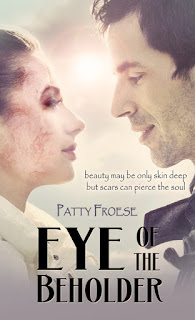 Blurb:
Eye of the Beholder
By Patty Froese

Tricia Hunter was an extraordinary beauty... before a horrible bus accident left her irreparably scarred. In an effort to accept the things she cannot change, she heads to her uncle's cabin for some time alone.
Forest ranger Jesse Reynolds recognizes Tricia the minute he sees her, but nothing flickers in her eyes. That's fine by him. The same accident that stole her good looks killed his fiance, and he simply can't bring himself to feel sorry for Tricia like everyone else in her life seems to do.

Thrown together in the autumn woods, they are faced with the past, an uncertain future, and a struggle to find out why God allows terrible things to happen.