Guest post by Pippa Jay; her favorite books from 2012!

Today, scifi romance writer Pippa Jay treats us to a guest post! Yay! She'll return to the blog with an interview this spring. I'm already looking forward to it!

Pippa Jay has the pen!

Last year I read some great books, but I wanted to share three of my top science fiction romance titles from 2012 (and you can see all my reviews on Goodreads if you’d like to know what else I recommend). 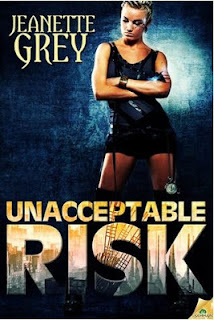 She may learn to live for love…if vengeance doesn’t kill her first.

Plix spends her lonely, gritty life trying to solve the mysteries her father left behind. Armed with a variety of cybernetic enhancements and a talent for getting into places she shouldn’t be, she searches for clues to his murder—and who’s responsible for poisoning her city.

Waking up on a street corner with her brain wiring fried to a crisp, she figures she must have gotten close this time. There’s only one man she trusts to pull her back from the brink: a tuner who can retrieve the evidence hidden deep in the recesses of her mind. A man she dares not let too close to her heart.

When Edison downloads a secret SynDate schematic from Plix’s burnt-out circuitry, he knows with dreadful finality that nothing—not even the fiery kiss he’s been holding back for years—will stop her from pursuing her quest past the point of insanity.

All he can do, as he helps her plan her final mission, is ease her pain, watch her back…and hope one of them doesn’t pay with their lives.


This story absolutely tore my heart out. Plix puts on such a front of determined, unemotional stubborness, and yet underneath you know what a fragile, broken thing she really is. And it's done so skilfully that there's no temptation to roll your eyes and go 'get over yourself'. I so wanted Plix to get her HEA.

I was a bit nervous about reading cyberpunk - I've read scifi all my life, devouring Arthur C Clarke, Robert Heinlein and Frank Herbert in my teens - but these days I find very tech heavy stuff more of a struggle. But the tech in this was enough to give a real feel and weight to the story without overwhelming me with details. I understood enough to make sense of the cyber world that Plix inhabited without being pulled out of the story. And the romance? Even reading solely from Plix's POV, you could feel Edison's own turmoil even as Plix herself seemed to misinterpret it - even turn a blind eye to it.

Her personal quest and her own feelings of insecurity due to the scars left by her modification kept the romantic tension close to snapping point. UR was one of those books that had me shouting at the protagonist in frustration. For me this book was over far too quickly, but not because anything had been missed out or skimped on. No, simply because I loved the characters and I didn't want to say goodbye.

Even Villains fall in Love by Liana Brooks. 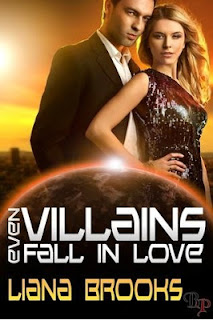 A super villain at the top of his game must choose between the world he wants and the woman he loves. If you believe the rumors you know that Doctor Charm, the wickedly sexy super villain, retired in shame seven years ago after his last fight with the super hero Zephyr Girl. The fact that the charming Evan Smith - father of four and husband of the too-beautiful-to-be-real Tabitha - bears a resemblance to the defeated Doctor is pure coincidence. And, please, ignore the minions.

Everything is perfect in the Smith household, until Tabitha announces her return to work as a super hero. Evan was hoping to keep her distracted until after he rigged the 2012 presidential election, but - genius that he is - Evan has a backup plan. In his basement lab, Evan has a machine whose sole purpose is keeping Tabitha hungry for him. But children and labs don't mix. The machine is broken, and Tabitha storms out, claiming she no longer knows him.

World domination takes a back seat to meeting his daughters' demands to get Mommy back right now. This time his genius isn't going to be enough - he's going to need both his evil alter-ego, and the blooming super abilities of his children to save his wife. But even his most charming self might not be enough to save their marriage.


I'd been waiting eagerly on this book after reading the blurb as part of the SFR Brigade's 2012 Pitch Contest. I've never been a superhero fan as such - I'm afraid Superman, Batman and Spiderman all leave me cold, but this read like something between the more intriguing universe of X-men (big fan of those films btw) and a touch of the mocking humour of Austin Powers (namely Dr.Evil as a less handsome version of Liana's Doctor Charm).

I've never mastered the art of writing snark or funny and Liana has a real talent for it. This had all the tongue in cheek humour of the classic cult superhero comics with a truly bittersweet and romantic edge. I loved the premise of the supervillain marrying the superheroine, although this story does a good twist that clearly shows the real villain of the piece.

Sweet, sexy (without a load of explicit bedroom scenes to carry the point), heartbreaking in places  yet with an edge of humour all the way through. It's even inspired me to try my own hand at a superhero story, although I don't think I can ever match up to the standard of this one. 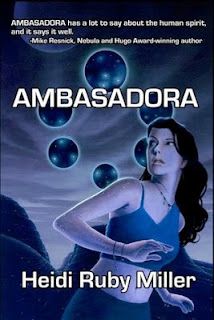 If everyone told you love wasn't real, would you still be willing to die for it?

Sara Mendoza and Sean Cryer are.

Sara is part of the Embassy's plan. Captured, tortured, and falsely accused of treason, she is given a chance to win back her freedom. She only needs to charm information from one of the fragger leaders, then kill him. But by the time she figures out the Embassy's intel is flawed and that Sean Cryer is her true mark, she's already in love with him.

Sean knows why Sara is on his ship from the start, but as a lonely, anti-social doser, he doesn't value his life, only his ideology within the fragger organization. Against his better judgment, he becomes her protector, each day caring more about a future he was always afraid to hope for.

This was an incredibly complex bit of world building (sometimes a bit too complex) with so much romantic tension strung through it that it had me racing to learn if the two central characters would ever get their HEA, or even a HFA. The ending is bittersweet - but no spoilers!

There's a bit of cyberpunk in with the space opera, a nice secondary romance, espionage, double crossing, betrayal, addiction - and I loved the intra-tat. The pace never slackens, and sometimes I found I lost track of characters, but I can't wait for the sequel.

So what were your favourite books from last year? 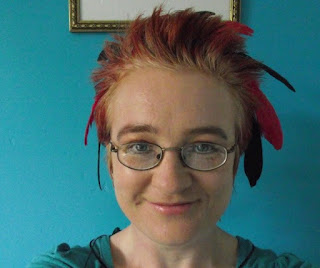 In between torturing her various characters, she spends the odd free moments trying to learn guitar, indulging in freestyle street dance and drinking high-caffeine coffee.

Although happily settled in historical Colchester in the UK with her husband of 19 years, she continues to roam the rest of the Universe in her head.


Pippa Jay is a member of the SFR Brigade, a community of science fiction romance authors dedicated to the writing and promoting of the very best of the genre.

Email ThisBlogThis!Share to TwitterShare to FacebookShare to Pinterest
Labels: excerpt