My head is an impossible place! 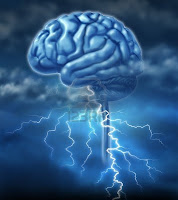 Lately, I've had the attention span and memory of a guppy. I swim to one side of the bowl, boink my nose, and swim back again. Okay, it might not be that bad, but I could sure use some better focus. Oooh, shiny object!

What was I talking about again? Oh yes... My working theory is that there's too much going on around me to be able to concentrate on one thing at a time. On the upside, I'm almost done with school -- only a couple of months left until I graduate -- and once I get these pesky evening and weekend classes off my back I might be able to remember stuff for more than five minutes. Wouldn't that be great!

I can tell when I'm weary, because I start using the word No. Swedish people in general have an aversion to saying no, because we don't want to start a conflict, or hurt someone's feelings. We're really good at saying stuff like, "Not right now," "I don't think so," "Let's think about it," or, "Maybe it would be better later."

Every Swede knows all these things mean no, but you don't have to actually use the word. This constantly gets me into trouble here in the US, because Americans don't understand that I'm saying, "Absolutely not, no way in hell." People here think "Let's think about it" means what it says. How silly! ;-)

Swedish people even have a special construction in our language. Yes is called Ja, and No is called Nej. If someone asks if you can do something for them, or if something is a good idea, it's quite alright to say, "Nja." Great word: it sounds like you're saying yes, but it means no. That way, you can decline without anyone's feelings getting hurt. That doesn't work very well here either.

My husband knows me well. Usually, people keep nagging for a few months and I avoid with "Not right now." Once I get to the dreaded N-word I'm pretty irritated, and if he hears it, he jumps and senses danger. If the person still doesn't get it -- happens more often than you'd think -- I go into denial. By now I feel insulted, whine, "Why can't you just leave me alone, I even said no" and ignore them. (If you've sent me three or more e-mails asking me to do stuff for you in a 24 hour period and I don't answer at all, you're probably in the ignoring phase, LOL.)

The next step of exhaustion -- after saying no a lot -- entails telling people what I really think. That might sound like a good thing, but trust me, it's not. Imagine me sitting in class at the university when the teacher says she doesn't accept anyone leaving the room during class time. Three hour classtime... Rested Maria shrugs and thinks "whatever." Fatigued Maria stands up and says, "You know what? I'm fourty years old, and I think I know if I need to pee." Very comical to people around me, I'm sure, and the teacher had no clue what to say, hahaha!
at February 06, 2013