In Florida, we have something called Snowbirds. When I first heard the word I thought people talked about actual birds, and imagined something like this: 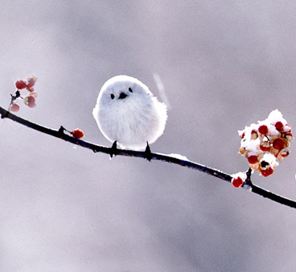 I said, "Snowbird, that sounds cute, what do they look like?" People almost rolled on the floor laughing. I quickly learned Snowbird is the Florida term for people coming to live here in the winter. Most of them are retired, fleeing the snow, and this state gets over a million extra inhabitants every winter.

This comes with complications, of course. The infrastructure in general is designed for the "normal" population, and in winter, every five minute errand takes at least twenty. I don't love that, but I can live with it. I mean, if I still lived in the north and could flee south, I would. (Some of the people who come here are really mean though, and that ticks me off.)

My biggest beef has been with the power grid. Every winter we have rolling brownouts. The colder it gets, the more power outages we have, and every time the power comes back, you get a power spike that can ruin electronics. Being a writer, computer lover and musician, I have a lot of electronics. Computers, internet modem, router, studio equipment, amplifiers, guitar and bass effects, printers... A complete list would be long. 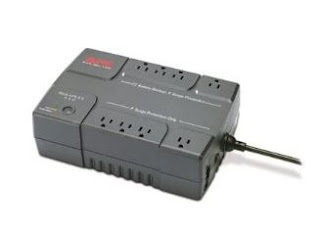 Now I've folded; I bought a UPS. It can't protect the entire house, but most of the stuff in my little office. It can shut down the computer in an orderly fashion, and has surge protection. Yay! One would think that in 2013 electricity could just work, but... no.

I need more than one. I could use another one in the office and one in the living room. I'm guessing I'll become a pretty big customer. I mean, it's cheaper to buy a UPS than to keep buying new stuff because it blows up...