Interview with Troy Mason from the book Saving Casey by Liza O'Connor! 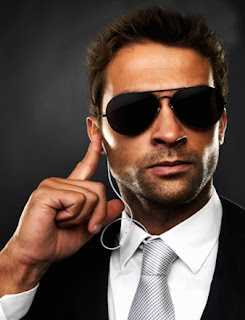 Maria: Troy, can you explain how you came to be responsible for Cass’ safety.

Troy: I’m the head of security for Astervac. Dan Davidson is the CEO. One day, he receives a text message saying his daughter is going to be gang-raped when she leaves school.

M: So you didn’t think it was a real threat?

Troy: Honestly, I thought Dan’s daughter sent the message to upset her father. He has a heart condition, and from my perspective, the kid was doing everything possible to drive him into an early grave. 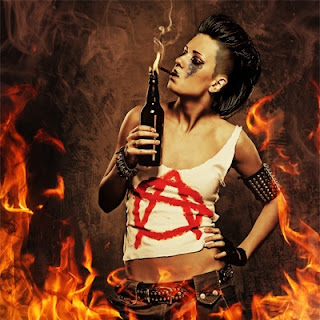 Maria: Were you able to prove she sent it?

Troy: No. The text message came from a burner phone. So I accompanied Dan to the school.  When we arrived, we learned Casey, or Cass as she now wished to be called, had gotten into trouble on her first day back at school and had to stay for three hours of detention.  The principal invited Dan and me into his office to discuss the matter further.

Maria: I imagine the principal was concerned.

Troy: *snorts* Outraged is more like it. At Cass. He insisted the only problem in his school was Dan’s daughter.

Marie: Did he say what happened?

Troy: According to Mr. Davis, without provocation, Cass assaulted a fine young man with a stellar reputation. He warned Dan he was fortunate the boy had chosen not to file charges.

Maria: Wow, she really is out of control.

Troy: I’m pretty good at reading people, and I sensed the principal was less than honest about the assault. I asked where it took place. He said on the front steps. I’d noticed surveillance cameras when we entered the school, so I asked to see the video. He insisted he had no video, but he glanced at one of the wall cabinets, when saying that.

He continued to lecture Dan about Cass’ impossible behavior until he received a call requiring his presence somewhere else. Dan rose to leave, but the man insisted we stay, that he’d just be a minute. Again, I sensed something off with the guy.

While he was gone, I checked out the cabinet, located the security camera monitor, pulled up the morning video and watched Cass’s assault from two different angles.

Troy: She definitely kicked the kid in the groin, but to me, it looked like self-defense.

I suggested to Dan we should forget the principal and locate Cass. He agreed. We located the detention hall and waited by the door. Good thing, too. The principal had given us the wrong time she’d get out. She would’ve left the building while we sat in the principal’s office.

Maria: I’m not liking this principal. 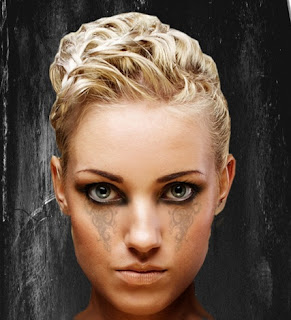 Troy: Nor I. When Cass came out of detention, she looked shocked to see us.

I knew at once she hadn’t sent the text message, and when we left the school, I was very glad I’d come.  The entire football team waited for her.

Maria: What’d you do?

Troy: Fortunately, most of them left when the D-hall teacher, who accompanied us, yelled at them. Only two of the boys remained. The clear leader was the kid she kicked that morning. That jerk did everything he could to get Dan to lose his cool and hit him.
Hell, I wanted to hit him. The kid left no doubt Cass’ safety was in serious danger. If they couldn’t get her today, then they’d get her tomorrow.

Maria: I imagine Cass was frightened to death.

Troy: Cass showed remarkable calmness, even grabbing hold of her father to ensure he didn’t go after the jerk taunting her. Honestly, she impressed the hell out of me.

Troy: Beyond keeping her dad safe, once we got to the limo, instead of breaking down and crying, she declares it’s her best day ever. At first, I’m thinking she’s gone off the deep end. Then she shares her day, focusing on all positive things that happened instead of crying about what might have happened.
Once we got to Dan’s house, I spent a couple of hours with Cass, trying to understand how this could be the crazy kid who was trying to send her dad into an early grave.

Maria: And how’d you make out.

Troy: Dan had told me when Cass woke up in the hospital this time, she no longer seemed broken and angry. He’s right. The young lady I met impressed me. She’s smart, funny, confident, and determined as hell to turn her life around. When Dan later asked me what I thought of her, I told him whatever was wrong with Cass was gone. The young woman I met would turn her life around and a year from now he’d be bragging about his daughter so much we’d be sick of hearing it.

Maria: You fell in love with her that day, didn’t you?

M: Did she love you?

Troy: Our attraction was mutual. She later declared us soul mates. I never believed in that shit, but from day one, we got each other. While neither of us was perfect, we were perfect for each other.

M: Except for age

Troy: An impossible barrier. And not just because she’s jailbait. That would resolve itself in six months. The problem was and would continue to be she’s Dan baby girl, and he would never forgive me for stealing her chance to love someone her own age.

Maria: So you plan to find someone else to love?

Troy: No. I’ll love her ‘til the day I die. That’s the problem when you find your soul mate but for some reason it doesn’t work out. There’s no second choice. No one else will do.

Maria: And there’s no chance you two will get together in the future?

Troy: I don’t see how, but a part of me still hopes…However, right now, I need to focus on keeping her alive.

Maria: You mean from the boys at school?

Troy: No. Her problems have escalated at this point, but I can’t go into that.

Maria: Then let’s focus on the book. According to the reviews, it’s a ‘can’t put down’ novel. 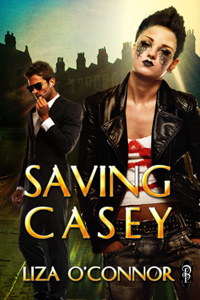 When she awakens in a hospital, Cass discovers two disturbing facts: One, she is now inside the body of a troubled teenager, and two, the former owner of this body committed suicide, but only Cass knows that. Everyone else believes Casey has survived, but suffered a complete memory loss. Cass has two choices: to take on Casey’s life and turn it around, or to confess the truth about her reincarnation and end up in a mental asylum. Given this second chance at life, Cass decides to take on the future life of Casey—the frightening ghoul-faced teen with short, black, spiky hair.

As determined as Cass is to turn this life around, Old Casey’s enemies are just as determined to end her life. She has no idea whom she can trust, but she knows she’ll never survive going it alone.

Liza and Troy are kindly sharing an excerpt:

Upon settling down on the toilet, Cass noticed the floor to ceiling mirror facing her and screamed at the sight of the creature within it. Short black hair spouted about its head, black circles surrounded both eyes and fell like triangular knives down the cheeks. Black lips, stretched in horror as if in a nightmare. Pulling up her pants, she moved closer to the mirror.
She was a ghoul, an honest to God ghoul!
The door crashed open and her father stared at her, fear and panic clear in his eyes.
She touched her face. “Please tell me these aren’t permanent.”
His panic remained a second longer as her words filtered into his brain and then he pulled her into his arms. “Don’t worry, we will get them removed—if you want to…”
“If? Oh, I definitely want them removed,” she said.
How can I turn around my life if I look like the walking dead from a low-grade monster movie?

SAVING CASEY BY LIZA O'CONNOR IS AVAILABLE AT THESE SITES: 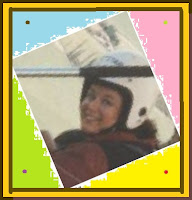 Liza lives in Denville, NJ with her dog, Jess. They hike in fabulous woods every day, rain or shine, sleet or snow. Having an adventurous nature, she learned to fly small Cessnas in NJ, hang-glide in New Zealand, kayak in Pennsylvania, ski in New York, scuba dive with great white sharks in Australia, dig up dinosaur bones in Montana, sky dive in Indiana, and raft a class four river in Tasmania.

She’s an avid gardener, amateur photographer, and dabbler in watercolors and graphic arts. Yet through her entire life, her first love has and always will be writing novels. She loves to create interesting characters, set them loose, and scribe what happens.