Touch of the Goddess 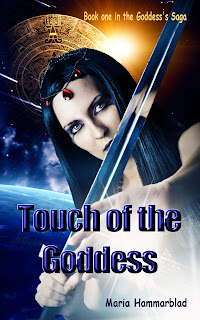 Touch of the Goddess is the first book in The Goddess's Saga, and I seem to re-write it every year. In April every year. If I do it again in 2014, feel free to hit me over the head and say, "Enough already."

It's available in the Kindle store right now, and can be borrowed for free by Amazon Prime members. I'm working on the paperback, it should be available during the week.

This time, "Touch" got a new cover too. And a new blurb:

"Touch of the Goddess" is the first book in a series of three, mixing mythology, science fiction, and romance.
at April 09, 2013