Developing technologies don't crawl. They tend to leap one giant step after another. Social media isn't an exception; a few years ago many saw making friends online with skepticism. Today, everyone except my mom are on Facebook.

I generally think change is good; it forces new ideas and new ways of doing things. Twitter... I'm not sure. 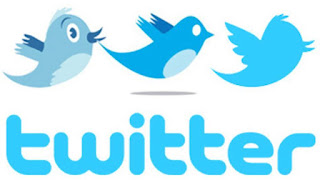 Twitter was originally started in 2006 and has always imposed a message length of 140 characters. Why? Well, it was intended to work over SMS on cell phones, and a standard length SMS has a length of 160 characters. Twitter reserved 20 for itself, and let users play with the remaining 140.

Some people think this is great. I've read many times, "If you can't say it in 140 characters, say it somewhere else." I recently read a blog post where the writer spoke about "The simplistic beauty of Twitter."

Sure, we get brief updates and share links. Great. Does anyone really care about the links?

I guess. According to statisticbrain.com Twitter has 554,750,000 users. Around 135,000 new users sign up every day. Of all these people, around 115 million are active each month, and send out 58 million tweets per day.

I am personally on Twitter because I have to, and I almost only use it to tweet other people's blog posts from Triberr. Isn't that sad?

Of all these Tweeps there are a handful whose tweets I enjoy. Most who tweet me just say, "Buy my book." "Did u buy my book yet." "Hey, did u see my book?" "My book is on sale 2day." "Did u dwnld my book yet?" Really? Is there nothing else you want to talk about? Anyway, I won't buy it until you use real words.

Some ignore the 140 character limit and write enough for a short story, spacing it out over 40 tweets or more. It's not a good idea; it's pretty annoying. Write an e-mail instead.

So, why don't I like Twitter? Well, the 140 character limit makes Twitter unique, no doubt about it. It also leads to completely incomprehensible abbreviations, and people start mangling their language on Twitter and never stop.

Maybe I'm old, but I require words. Messages like "How R U 2DY, WRUU2" just don't do it for me. Especially not when people leave Twitter, sit down by a computer and write the same incomprehensible gibberish in an e-mail. That message, by the way, is supposed to mean, "How are you today, what are you up to" - and it took me hours to figure it out.

I recently learned the abbreviation #ASMSG means "Authors Social Media Support Group." I couldn't figure that out for myself. I assumed it meant something really dirty. Guess I have a dirty mind... LOL

Now, I'm not complaining over people writing on their phones and tablets. These are completely valid reasons for abbreviating, but when you're sitting by a computer, come on! It takes a split second longer to write You than U.

I think Twitter language will carry over to more areas of real life. Soon we'll see novels along the lines of "I thnk U are 2 #sexy 4 #designer #clothes #naked" It will make complete sense to the Twitter generation. People like me run a definite risk of being left behind.
at May 29, 2013