I've been renting a little house for the past three years, and a couple of months ago, the owner decided to sell. Now there's a large For Sale sign in the yard, people crawl by in their cars, ogling, and others snoop around in the yard trying to get a glance of the inside. Yay. 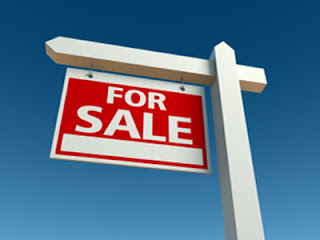 Besides the skulkers, the realtor keeps calling about showings. I didn't think it was all that bad at first, then it started to get to me, and today they made me angry.

The first time they wanted me to show the house at three in the afternoon I explained that I work until five, and they've written that down on a little note. So far so good.

The problem begins when they reason a 24 hour notice should be more than enough preparation for me to show the house. Often, they give less. Yesterday they called around nine in the evening to ask if I could show it today.

Here are the problems - which they are completely unable to understand:
From my point of view, I've done my best to be accommodating. Whey they call, I'm usually not home at the time they suggest. My life just doesn't work that way. I always suggest another time, it might be later the same day or the very next day. From my point of view, this is extremely accommodating. It's not my house. I pay rent to live here. I don't care if they sell it or not.

From their point of view, I keep sticking my foot out to trip them, consciously ruining their efforts. Today, I have been lectured at great length how realtors schedule a numbers of showings at the same time, and how other people have lives too. Clearly, I must understand that I have to respect these other people's lives and times.

Two different people have called me and yelled at three different occasions today. Why? Because I needed to work after five. "But, you've said that you work until five. Why aren't you home after five? You have to understand that we need to show the house." 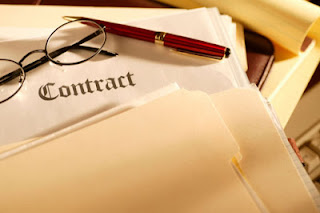 I have also been told, many times, that my lease clearly states the owner has the right to put the house out for sale at any time. To this I answer, "I know, I have a copy of the lease and I've read it. It doesn't state anywhere that I have to wait at home to let strangers in at your beck and call."

That hit a sore spot: the last time realtor number two called she got so angry she hung up. The conversation with realtor one earlier in the day ended with her telling me I wouldn't have to worry about showing the house if I bought it. I said, "I don't want to buy this house."


I've told her that before, but I don't think the words really sunk in the first time.

I suggested that if I'm supposed to be a doorman they should knock a little off the rent. They answered with quoting the contract to me again. I read it back. Standoff.


I tried another angle and attempted to put them in my shoes. Maybe they'd feel the same way if they payed rent to live somewhere. I could just as well talk to a rock.

The comical thing is that when the people come here to look, they almost run away. The longest showing has been 4.5 minutes. The house is listed for $89,900. Around here, houses cost around $60,000. For 90, you expect something really nice.

People come here, look at the wall AC unit, and say, "It has central air too, right?"

I say no. Because it doesn't.

They take two steps further in, see the stains in the ceiling from the leaky roof and look at the 50 year old kitchen. Most of them don't get any further. A few have made it to the bedrooms, and thus far no one has stayed long enough to see the 50 year old bathroom.

I've been pretty content here, because it's a good area and the house has a large, fenced back yard. That's all I need. I'm renting, though.

What do you think? Am I unreasonable? I know this will only last for two more months, because after that I'll be free from my lease, I'll move, and they can do whatever they want with this place. Am I wrong standing my ground?


Thursday update: The realtor called with a peace offer today. I wonder if she reads my blog, LOL. She asked me to pick a couple of days each week I'd be willing to show the house, and she will put them in the listing. That way I won't have to have people here all the time, and I'll be able to live life as normal most of the days in a week. I can get down with that. I understand that both the realtor and the owner wants to show the house to get it sold, and I do want to help them. Just not... when I have to be somewhere else. =)
at May 30, 2013