Inner peace, where are you?

I lack inner peace. Not good.

I'm usually able to shut real life with all its disturbances out and disappear into one of my imaginary worlds. Right now, there's too much weird stuff going on. I should be typing away on my Borealis story, because it's due in a few weeks. It's just not happening. 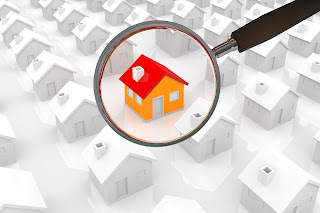 House-hunting got old quickly. There used to be an abundance of homes, but right now there are more people wanting one than houses to choose from, which makes it tricky on a limited budget. I placed a bid on a house on Monday, and the agent said, "Now, we wait."

Wait? I'm not good at waiting. I'm good at taking initiative; grabbing the ball and running with it. Taking action moves me forward. Waiting for a nameless, faceless someone to decide my fate isn't... Let's just say it's outside my comfort zone. ;-)

Yesterday, the agent called me and said, "I've been informed that it's now a multiple bid situation. We don't know how many others have bid or what they have bid, so think through it and do whatever you're comfortable with."

I increased it a little, but honestly, I don't have all that much wiggle-room. Now, I'm back to waiting. I have no idea of how long the wait might be, and while I'm trying to prepare myself for a "No" I also hope for a "Yes."

I like the house; it has a nice kitchen, a big fenced yard, and lots of potential. Slap on some paint and toss in a couple of laminate floors and it would do just fine. I've been hoping for a bigger house, but I'd rather take one on the small side and have somewhere to live when my lease runs out than stand on the street scratching my head. Okay, that was an exaggeration. I can always rent somewhere else, or check into a hotel, but the dogs make solutions like that more complicated.

While waiting, we're still looking, of course. There's one house hubby's been wanting to see, but it gives me a weird feeling. I don't know if I'm sensing something about the house itself or the people handling it, but I'm starting to lean towards the latter. The house might be fine. The agent, however, seems to have fallen off the face of the Earth. Their website doesn't work, he doesn't answer e-mail, and hangs up on the phone. Isn't that strange behavior for a real estate agent?

Hubby contacted another agent and asked them to show it. He said, "No problem," and ran into the same problems I did. He was sort of annoyed the last time he called us to postpone the showing; the listing agent keeps hanging up on him too, or promises to call back in ten minutes and turns his phone off.

Meanwhile, I guess I'll wait and hope for the best. If I'm meant to have the house I bid on, I will get it. If not, there's probably something wrong with it anyway. A fatalistic view of the world can be comforting, but I'd still like to know...
at June 05, 2013