Eva Caye is a gifted sci-fi romance writer and a member of the SFR Brigade. Today is the release date for her new novel Nobility. 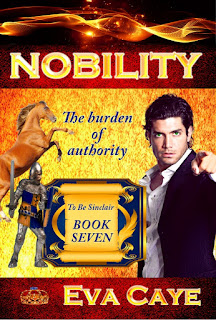 Presenting Nobility, the seventh novel in the To Be Sinclair series of science fiction romances!  The Heir Second thoroughly enjoys his privileges, but he must also teach and learn the responsibilities of authority.  Driven to be worthy of his political power, Matthieu nevertheless suffers unimaginable losses while performing his Imperial duties and trying to find a lady worthy of being his Empress someday....

Ever since he was six and witnessed the destruction of the old Palace, Prince Matthieu Sinclair has honed himself -- mind, body, and spirit -- until he is about as perfect a human being as has ever existed.  However, as second in line to the throne, his duties are so extensive that to find a lady worthy of being his Empress someday seems like a hopeless task.

His grandparents Emperor Victor and Empress Felice Sinclair recognize the depth and extent of his talents, asking him to establish the Imperial Protocol Academy for the numerous Imperial grandchildren.  He must also take space duty on the ultra-secret prototype courier vessel designed by the stargate scientists.  As the socialites circling him begin looking more and more like sharks, Matthieu and his brother Theo look for ways to find ladies who could help them with their demanding lives.

When complications involving the ongoing reparations strategy by the Attican Empire evolve, Matthieu must leave his ladies more than once to oversee critical developments in person.  Even Miriel Makov, the one lady he has found who could possibly take up the demanding position of Empress, abandons him in their darkest hour.  If he is too busy to find a wife now, how will he ever be able to do so when he is the Emperor?

Above all, when the going gets tough, the only two truths Matthieu can stand upon are that the Imperial Family's needs come before his own, and that no knowledge is worthless.  Using his vast array of skills, from piloting to matrixing to boxing off corners of his mind, a technique drilled into him for a deep-cover assignment, Matthieu has to face the dreaded opponent of his childhood:  the Attican Empire!

This science fiction romance is the seventh book of the eight-part To Be Sinclairseries. Several scenes describe sexually explicit behavior.

You can find Nobility on Amazon and on Smashwords 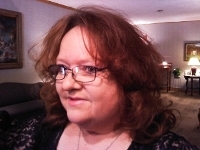 A health crisis inspired Eva Caye to become an obsessive writer, completing eight books in her To Be Sinclair series before she could afford an editor.  She published Dignity in August 2012, with the projected release of her 8th book Nobility in late June 2013.  She laughingly refers to Evan's Ladies as Book 6.5, an 'add-on' book to the series since it consists of four novellas.  The other seven books are full novels, though most have 'Easter egg' short stories as bonuses for the reader. 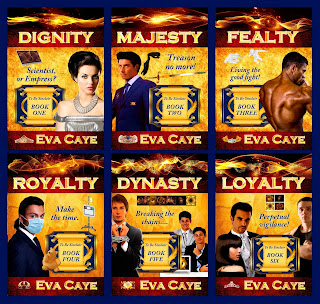 Eva lives with her incredibly supportive husband and two lovely mutts in a tiny, century-old farmhouse in Louisville, Kentucky.

Eva Caye
Author of the To Be Sinclair series
amazon.com/author/evacaye
at June 30, 2013