Operation Earth is a little something I've been working on in the scifi romance department. It will be released by Desert Breeze Publishing August 11.

Seven billion people on Earth go about their daily business, happily unaware of the planet's place in an ancient re-assimilation schedule. When the aliens arrive, they take out all Earth's technology with a single, global EMP blast. Helpless to do anything but comply, the planet slowly settles into a new way of life.

In the midst of all this sits Rachael, torn between the resistance movement and her own curiosity. She nurtures a dangerous secret: a friendship with one of the invaders. As the hostilities between humans and newcomers escalate, the planet appears doomed. Rachael might be the only one able to save life as we know it. 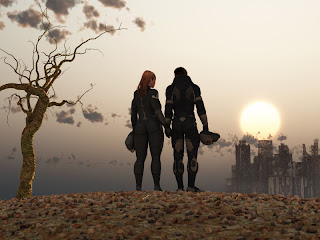