Sitting idly by is hard work! 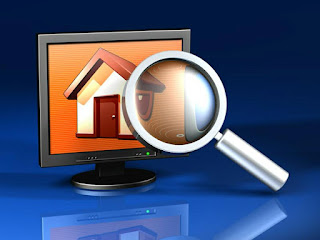 From that introduction you can probably guess I didn't get the house I bid on, despite all the happy thoughts and waiting. If I'm meant to have it, something will happen and I'll get a second chance. If not, well, follow the logical conclusion, LOL.

One realtor I spoke to compared the process to playing poker in the dark. You're not sure about your own cards, and you definitely don't know what anyone else has. If the other bidders are house flippers they might be bidding far below me. If it's someone who really wants it, they might bid much more. We'll know in a few days.

I'm not good at putting my fate in the hands of people I don't know, and I like to have some influence over my own destiny. My inner self demands action, but there's not much of that to be had.

Meanwhile, we're still packing without knowing where we might be moving, which is weird. In our minds both hubby and I know it's too early to pack - the lease doesn't run out for another month and a half - but in our hearts we both feel a rush. It makes no logical sense, but it's a "calm before the storm" feeling. Maybe we're right, or maybe we just want it to be over with. We'll see. =)
at June 09, 2013