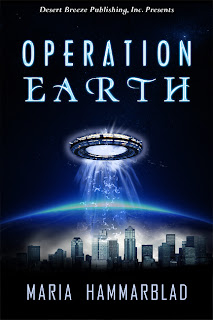 It's here! Operation Earth is finally here! By now I've had a few release days, but it's still exciting!

I love the cover by talented Caina Fuller. I also want to extend a big thank you to my editor Carolyn Boyles and to Kadir Bilgic and Rick Barry for helping with translations.

If you are in the mood for an alien invasion, take a look at Operation Earth here!


Seven billion people on Earth go about their daily lives, and no one is prepared when a global EMP slows the world to a crawl. With all our technology incapacitated, everything changes. Within days alien soldiers line the streets, and life will never be the same. In the midst of chaos, Rachael Hill struggles to adapt to the new order, doing her best to keep herself and her cat alive.