Blurb-panic, and the swift resolution.

My publisher recently initiated a project to improve all the blurbs for all the books. They've been preparing us for some time, sending out tips and articles on blurb-writing, but as you can imagine, actually having to do it still came as quite a shock. LOL! 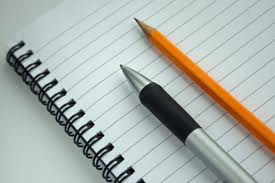 August was a hysterically busy month for me, so I put this off until the last minute. Naturally.

I went into the project with all the self confidence in the world. "I know I have a hard time writing blurbs, but I'm a writer. Seriously. How hard can it be?"

I have problems writing about my own books, because I already "know" the characters, and I know what happens. When it comes to the blurbs, I've already written them once, and I've seen them for so long my brain is used to them and assumes that they're great.

Of course they're great. I made them.

After spending X hours staring at them, I did what I always do when I'm frustrated: I whined on Facebook. To my surprise and delight, two people stepped up and offered to help! 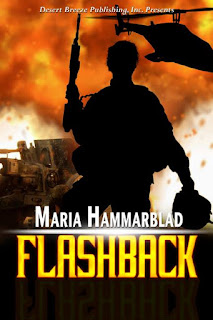 One of them was C Michelle Jefferies, an author consultant who does this stuff for a living. I sent her my old blurb for Flashback, and it took her about 20 seconds to figure out why it's not working.

"Part of the problem that I see immediately is we're not emotionally attached. While you're giving us the details, we're not being given the opportunity to resonate with him."

My original 25 word logline read, "Visited by ghosts from the past, a former POW struggles to re-adapt to society. To survive, he must face both external danger and himself."

That's an okay description, but would it really inspire people to read the book?

Michelle got back to me after like five minutes. The new logline reads, "Tortured by demons from his life as a POW, Steve struggles to survive as a civilian. He must, however, face his past to heal his future."

Isn't that nice? Face his past to heal his future. I wouldn't have come up with that if I stared at the words for a year.

Over to the complete blurb. My original effort was:


Steve Petersen is a very troubled man. Sole survivor of a Taliban POW camp, he often thinks only parts of him returned; his sanity appears to have been left behind. He seeks solace in alcohol and drugs, but nothing helps block the images from his mind for more than minutes at a time, and he is trapped in horrifying flashbacks.


I thought it was okay, but it didn't do its job.

It didn't make people curious about my book.

I got a lot of help from Michelle, and the new blurb will be:


As the sole survivor of a Taliban POW camp, Steve Petersen is damaged goods. He is convinced that he left his sanity within the horror-filled walls that held him captive for the better part of a year. His mind is trapped in moments of graphic, soul-crushing flashbacks, and his only solace is the momentary reprieve he gains from alcohol and drugs.

When he mysteriously wakes in a bright and cheery bedroom that belongs to a woman he barely remembers meeting, he knows he should leave and save the widow Anna from his own special brand of crazy. Leaving is not as easy as one would think, and he finds himself drawn into a world of real life problems such as folding laundry and what to make for dinner.

This new way of life eases his need for drowning his pain in substances, and offers moments of quiet healing - until Anna disappears. To save her, Steve must face the demons that have tortured him for so long and return to the place where it all began. Afghanistan.


I thought mine was okay, but hers is definitely better. "Special brand of crazy" and "moments of quiet healing," I would never have come up with that.

From now on, getting past the blurbs will be a breeze; I intend to write a draft and send it to Michelle! She charges $25 for the job, and in my opinion it's worth every penny. She offers a range of other author services as well.

If you're anything like me, you get stuck on the blurb too. Help is available here: http://metamorphosisauthorconsult.blogspot.com
at September 10, 2013