I learned English in school. At least back in my time Swedish schools started early, and I could say my first English sentences when I was nine. I was really bad at it.

Neither of my parents knew a language besides Swedish, and I struggled with learning. My mom put a patch on my jacket with a flower and the text, "Have a nice day." We knew what it meant, but if you had heard her spell the words out I think you would have bet against me becoming fluent enough to be a writer. "Hauvhe a neicee dauy."

This small version of me was good at everything else in school, and worried about her inability to learn a foreign language.

My struggle continued until I was thirteen and we got cable TV. All of a sudden my world filled with super-cool TV shows in English without subtitles. I wanted to watch. I wanted to understand, and the more I watched, the more I got the hang of the sound of the language. That semester my grade skyrocketed from the equivalent of a D- to an A+ Turns out I have an ear for language. My brain is unwilling to learn through sheer grammar and studying, but I can easily hear if something sounds right or not.

Compared to kids who grew up in English speaking countries I was still pretty bad, but compared to my peers I was a star.

As an adult I was fortunate enough to write, travel, and work with people in other countries, and my English got a fair amount of use. Today, after having lived here in the US for five years and published ten books in English I claim to be pretty good at it. People who talk to me hear that I have an accent, but they usually can't place it, and it's a good conversation starter. 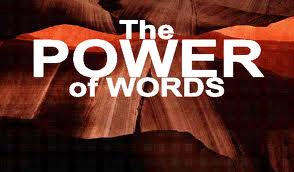 There are, however, some words that still seem weird to me. I know what they mean, but that in no way stops my mind from making strange associations.

Incarcerate is one of them. In my mind it sounds like "set fire to." I hear it all the time on the news, I know that it means to imprison someone, but every time I hear it I get a mental image of someone pouring gasoline over someone else.

If you look up gritty it means courageous, brave, determined... Lots of good things. In my mind it means that someone poured gravel into a piece of machinery and made it come to a screeching stop. I hate the word. If you say that your novel is gritty I will never read it.

You think this is bad? Wait for it...

A few people in one of my Triberr tribes use the word snog a lot. It means to kiss and caress someone in an amorous way. In my mind it's too closely related to snot. Disgusting!

One writer has a recurring feature on her blog called "Sunday Snog." Every week my hand hovers over the "approve" button, and then my brain decides that it would be immoral to re-tweet something that so closely resembles mucus. I'm sorry! I know I'm wrong but I can't help it!