Be mindful with local expressions

If you visit my blog somewhat regularly, you know I'm Swedish. I learned English in school, for better and for worse. To make things easier as a writer in exile in the US, I learned British English, which is mixed up with English words we've imported to Swedish. The latter often get a new meaning along the way.

Thus, I think spellings like colour, harbour, labour, and realise are correct.

To me, a jumper is a form of woman's clothing. It's a nicer form of a sweater, usually in a knit but thin material.

I think a biscuit is a form of cookie or cracker, and a crisp is a french fry.

To me, a walkman is called a freestyle, and a diet coke is called coke light. Homely to me is something nice that feels like home. Here it means ugly. Figures!

This list could be very long, and it's not getting shorter from me picking up local Florida expressions.

Through my years in the US, friendly American editors have taught me to recognize many of my mistakes, but some still slip through, I'm sure.

Up until recently, I assumed this problem was specific for foreigners, because my normal is a different normal than what's normal for people here. (Confusing sentence, I know, sorry, LOL!)

Local expressions and habits can mess things up for people born in the US as well, and as writers, we need to be mindful of this.

I recently started to read a book that was pretty good, except for a few lingual quirks. Like, the author insisted on calling a headset a bluetooth. The word popped up several time on each page, until I couldn't stand it any more. I've been meaning to go back and read the rest, but in my heart I know I never will. The bluetooth is too annoying and throws me out of the story every time I see it.

A headset is a device connected to a phone, computer, stereo, whatever. 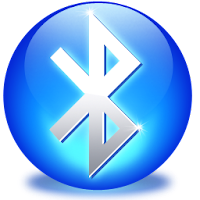 Bluetooth is a standard for wireless communication. It was invented by Swedish company Ericsson in 1994, and the name comes from a Danish/Norwegian king.

I have a bluetooth keyboard, a bluetooth mouse, bluetooth headphones, and I send data from my phone to my computer with bluetooth.

I discussed this with some other writers, because I couldn't get over the expression "a bluetooth." The rest of the book was eloquent, and there had to be a reason for this annoying misuse of the word. One of my colleagues told me that in parts of the US, headsets are called bluetooths, and people honestly don't know the difference.

That's a neat trap for a writer if she happens to come from such an area. This person has written a book that makes perfect sense to people in her city, and will drive readers from the rest of the world bonkers. Oops.

I don't have a solution for the dilemma. I have learned now that "she pulled on her jumper" won't make sense to Americans, but I'll keep using similar expressions because I don't know any better.

What can we do? Be mindful with everything that could be a local expression. It can make or break a book. =)
at October 28, 2013

Email ThisBlogThis!Share to TwitterShare to FacebookShare to Pinterest
Labels: writing