This doesn't bode well for equality 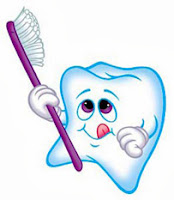 Once he made it there, the dentist told him he needs a root canal and a crown. A couple other teeth also need attention, and the bill would end up around $5,000. Whoa!

I decided to sign us up for dental insurance. I found a plan that would work for us, signed us up with me as the primary insurance holder and him as the co-insured, and paid for a year from my bank account.

The other day, I was surprised to see an envelope with his name on it from the insurance company. When we opened, it contained a letter addressed to him along with two insurance cards bearing his name "and spouse."

Really? I sign up for insurance, I pay, he is co-insured, and it still ends up in his name? What are women in your world? Appendixes that follow men? Good for nothing besides being spouses?

It doesn't really matter. I mean, we have the insurance, he can get his dental work done for a reasonable price, and I can go when I need to. It still annoys me.