The SFR Brigade Presents is a blog hop where sci-fi romance authors present snippets of their work. I want to share an excerpt from my novella Brand New World.

Brand New World is the first book in my Embarkment series, and they're a bit different from all my other books. They're written in first person, and they're more playful than my "serious" books.


The door to my new home slid open, and Adam said, “It’s not perfect, but it will have to do for now.”

He put me down on a couch in the middle of the room, and I experienced a brief but intense feeling of loss when he no longer held me. Odd. There might be a perfectly reasonable psychological explanation to it, but still… Odd.

I glanced around to distract myself. The room was nice, but impersonal. It reminded me of a hotel in the upper price range.

My new friend took a seat next to me, a little awkwardly as if it was difficult to find a comfortable position. “Are you hungry?”

I probably should be, but eating was the last thing on my mind. I shook my head and fingered the sofa. The fabric under my fingers was almost familiar, but not quite. Everything was like that; just a little off, enough to be disturbing. Just like him.

Adam looked human and felt human to touch. He was solid and warm, but didn’t really have a smell.

Not until now did I realize everyone I ever knew except for him had an elusive feeling of humanity around them. Maybe it was the lack of endorphins and other things a living body would produce. Maybe all of us pick those things up all the time, without even knowing. “Are you really an android?”

“You’ve asked me that before. Yes, I am an artificial life form. Look here.” He rolled his sleeve up, showing a perfect arm. It was slightly tanned, muscular, and covered with fine hairs, just like a human’s would be. He ran his fingers over the skin and I gaped as a hatch opened. A moment earlier, it was seamlessly attached, and now a portion of his skin and underlying whatever it might be slid to the side, revealing metal and circuits. “Wow!”

He grinned. It was the first real smile I saw on his face, and it looked perfectly human. “That’s exactly what you said the first time I showed you.” 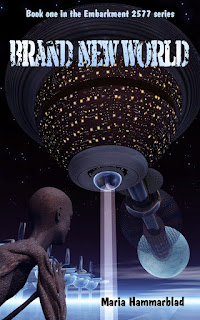