June stood in the middle of Information Central with her arms crossed, drumming her fingers. Showing impatience might be unbecoming of a commanding officer, but this operation moved like a snail.

How humiliating to be so delayed before we even begin.

Glancing around the oval hall soothed her. The walls were so red they appeared organic, and biopods lined the room. There were alcoves with chairs made from the same fleshy material as the walls, part of the living soul of the ship. Each alcove held a woman, connected to the whole through a tentacle slithering down from the ceiling, embracing their shaved heads.

Many junior officers fled the first time they entered and saw nothing of the crew except parts of their faces.

The first time June stepped in, she knew she was home.

If she closed her eyes she could almost hear the ship's heartbeat. One alcove opened up, and the woman inhabiting it struggled to her feet. At first, her eyes couldn't focus, but then she fixed them on June.

I wonder what it's like to be connected, to be a part of the ship and really know the world.

Only those with special talents could connect. June wanted nothing more as a child, but she wasn't suitable for the hive mind. Her talents lay elsewhere.

"Commander, I think we have what we need. These people have a useful source of information. It's called Wikipedia."

"Yes, Ma'am. They have a number of languages and cultures. It's all transferring to the brain-tips now."

The large ship lurked at the very edge of the solar system, outside the magnetic fields that presented a last layer between planets and interstellar space. Risks of discovery were infinitesimal, but they had to plan even for the impossible.

"Good. Assemble the troops for upgrade, and ask the pilot to take us in. Prepare global EMP."

The woman nodded and sank back into her alcove. All mouths around the room spoke as one, "Entering solar system. All personnel prepare for memory upgrade." 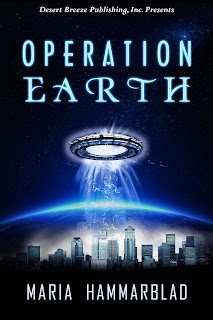