The SFR Brigade Presents is a blog hop where sci-fi romance authors present snippets of their work. I want to share an excerpt from my novella Shadow of a Man.

This is book number XII in Desert Breeze Publishing's Borealis series, written by different authors and with different main characters, but in the same setting.

The fabric between her fingers distracted her enough to bump into a stranger, and she glanced up with an apologetic smile. An enormous man looked down at her, and he did not seem happy.

"I'm sorry. I should watch where I'm going."

Her smile made the ominous wrinkle between the stranger's eyebrows deeper and the look on his face caused a hoard of Oralinian flutterbugs to set flight in her stomach. Something was wrong, but she couldn't figure out how to set it right. She had made a mistake, but she apologized. What else could be expected from her?

A moment later, Geo had his arm around her shoulders and pulled her away.

"I apologize for my sister. She's unaware of the local customs."

The stranger didn't follow and Geo whispered, "Stop smiling. I know you're a nice person, but Galiadians see smiling as an insult."

"Not at all. Didn't Dominic tell you anything about this place? Be careful with smiling and be careful with looking at people. Ranierans tend to dismember anyone who stares."

"Unfortunately I do. Be careful."

He was too close and his words too bizarre. She would have a hard time believing a person could tear someone else's arms off for staring at the best of times. With him touching, keeping her mind on gruesome matters was nothing short of impossible. 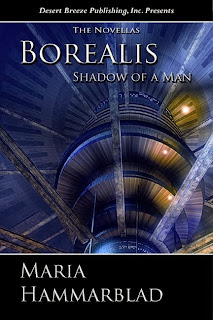 Shadow of a Man

Geo, her faithful and all too handsome bodyguard, appears to be the only one on her side. He once helped rescue Dominic, and pays for the insurrection with a lifetime on the run. This might be a situation not even he can handle, and Theresa fears none of them will make it out alive.
at November 22, 2013