After spending most of the day outside in chilly weather, I wanted to snuggle up in the sofa with dogs and something to read. My iPad held Salvation by Aeon Igni, and the book seemed perfect for the occasion. 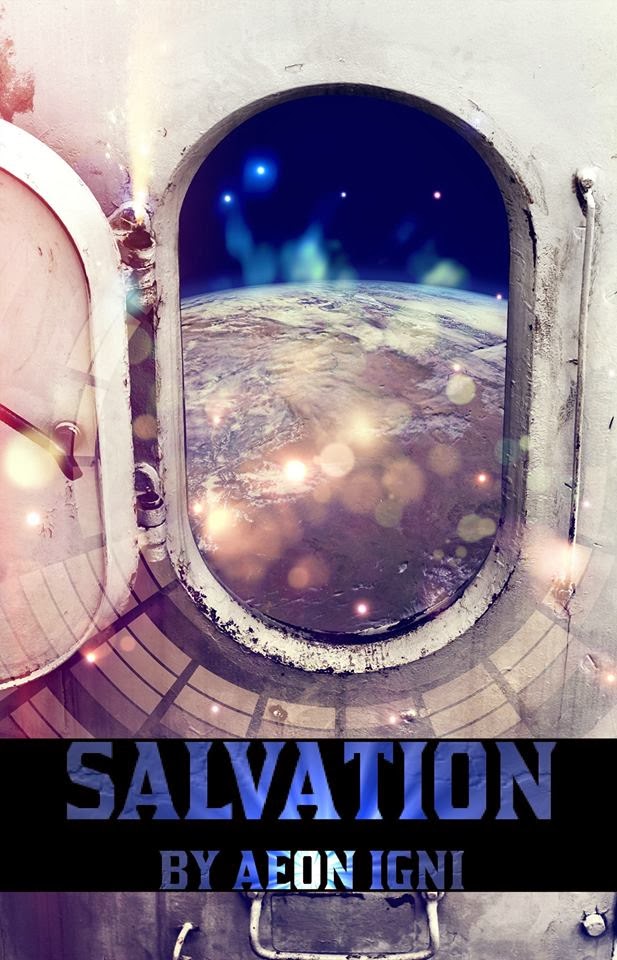 Samantha Simmons knows she's out of time. Her bleak and solitary existence in an underground sewer is about to be compromised by a gang of thugs whose leader wants her for his own nefarious purposes. Driven past the point of desperation, Samantha does what any self-respecting woman would do: she poses as a young man to get a job aboard a cargo ship with an all-male crew.

But will life in space turn out to be the salvation she seeks? Between learning how to perform her duties on the spaceship and avoiding assault or certain death at the hands of the unsavory characters she meets, Samantha spends her time guarding her secret identity and fighting her growing feelings for the handsome and scrupulously honorable Captain Morse.

All too soon, she has to make the ultimate choice: will she tell him her secret and face his wrath, or will she leave and protect her honor?

The book was a perfect companion for my afternoon of relaxation. The characters are carefully crafted and likable, the environments and technology well thought through, and the tempo just right. Here is the review I posted on Amazon.

"Salvation follows Samantha Simmons as she struggles to escape a life as homeless and hunted by thugs. She dresses up as a boy and gets herself a job as translator on a spaceship. Getting off the planet seems like a great idea. Unfortunately, her new employer Captain Morse is both handsome and kind, and he takes his job as protector for young "Simmons" seriously. As much as Samantha struggles to stay in character, surviving harrowing adventures as a boy becomes more and more difficult as she falls in love.

I enjoyed Salvation. The story is exciting, funny, sexy, and short enough for me to have time to read the whole thing. I definitely recommend it. I hope to see more stories with the same characters in the future - I would love to follow their adventures."