It's Friday, and I normally share a snippet from one of my science fiction books through the SFR Brigade presents. That feature hasn't started for the year yet, so I would love to share a few lines from my book Flashback instead. This book is about a war veteran suffering from PTSD, and his struggle to return to society. 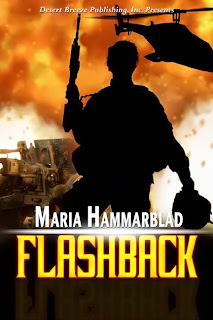 "That noise? Remember the crazy people upstairs? I don't know what they're doing, but it's definitely them."