One of my friends posted a link on Facebook. 16 signs you're a little - or a lot - Type A. When I was a teenager I saw a TV program about Type A personalities and recognized myself. The documentary stated that people of a certain kind are more likely to plunge into the unknown, want to drive fast cars, fly small planes or go skydiving, climb mountains, be entrepreneurs, and so on. 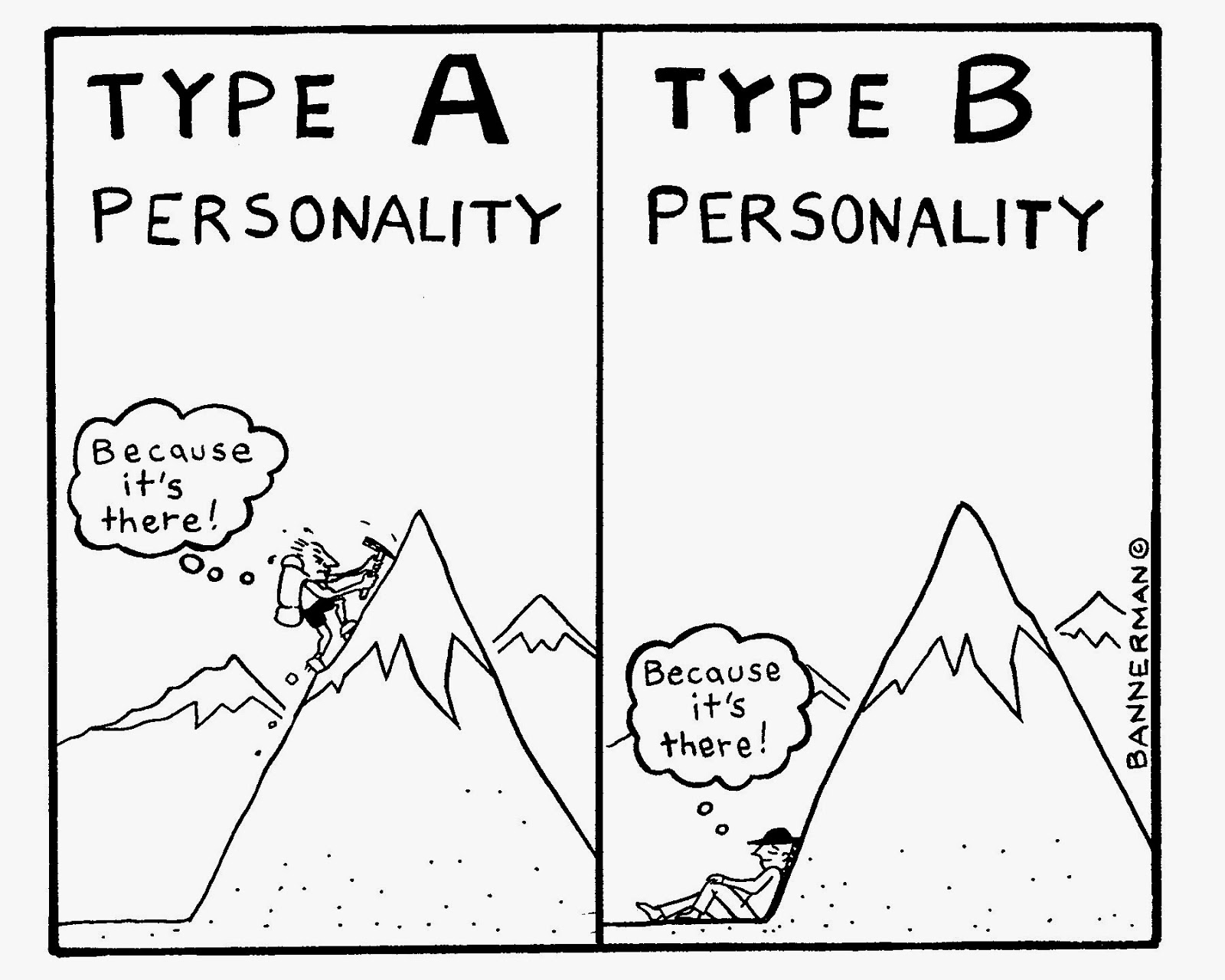 That's pretty much me. Flying small planes, driving off road, traveling alone, moving to the US, playing in a rock band... Yeah, there's some plunging into the unknown there.

I have a decent amount of common sense for ordinary situations, but I continue on with business as usual when it comes to things most people realize will be uncomfortable or potentially dangerous. Full speed ahead!

Anyway, the article says Type A tends to be, "driven, impatient, and competitive, and get irritated by impediments to your progress on things."

Waiting in long lines kills you a little bit inside.

Yes. I have stuff to do and I don't have the time for this. Get out of my way! There should be a special lane for slow people who bring coins and coupons. And by the way, slow moving cars are supposed to be on the right side of the road.

You've been described as a perfectionist, overachiever, workaholic, or all of the above.

You bite your nails or grind your teeth.

No, neither of the above. However, long nails drive me crazy, because they get in my way when I want to do stuff, and when that happens they have to come of immediately. If no scissors are in sight I will tug at the annoying nail until it comes off, and then I'll look at my hand and say, "Now, that looks awful. Why did I do that?"

You have a phobia of wasting time.

Oh yes. I assume that others will perform their best for me, and I can do no less in return.

You're a bit of a catastrophist.

Maybe. A part of me anticipate the zombie apocalypse or whatever large event will finally end our civilization, because that will make away with all the long lines everywhere. A wiser side of me realizes this isn't a solution to look forward to, but the writer side of my mind insists, "But, wouldn't it be interesting if something would really happen?"

You frequently talk over and interrupt people.

Yes. I strive not to, because it's a rude and annoying habit, but...

You have a hard time falling asleep at night.

Not usually, no. I'm up fairly early with the dogs, work full time, have a family, a job to the side, and work as a writer. I go to bed around midnight, and by then I'm exhausted. If I get a chance to close my eyes and the room is fairly quiet (hubby likes to watch TV in the bedroom) I'm out. 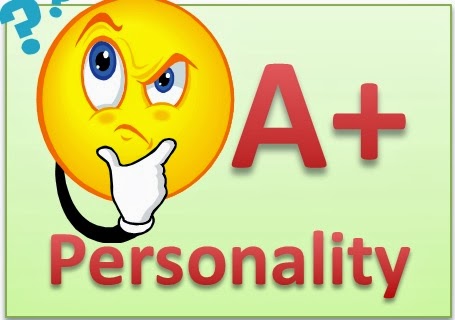 People can't keep up with you

This is true, as long as we're not talking about running. Haha!

You put more energy into your career than your relationships.

You know, I really wanted to answer "no" because it sounds so awful, but it's true. I need to work on this, because people are important. I just get engulfed in what I'm doing...

Yes, because there's always a story that should be written or edited, or some marketing that should be done, or something else that has fallen behind...

You have a low tolerance for incompetence.

Oh yes. Don't get me started, haha. I am also mortified if I'm the one who's incompetent.

It's even worse. I get annoyed when I have to remind other people to do stuff, because they don't have a to-do list. Goes back to all the other points: stop wasting my time, dammit. LOL!

Not everything, but if it's not urgent it's probably irrelevant and has no business on my to-do list in the first place...

You're sensitive to stress.

Yes and no. I get stressed when I can't keep my commitments because of other people. I guess we're back at "low tolerance for incompetence" and the to-do list again...

You make it happen.

Yes, to the best of my abilities. Why sit around and wait for stuff to happen when you can take action?


How are you doing with these questions? Are you a full-speed-ahead Type A, or a more sensible Type B?
at January 30, 2014