The Englewood book fair was great! 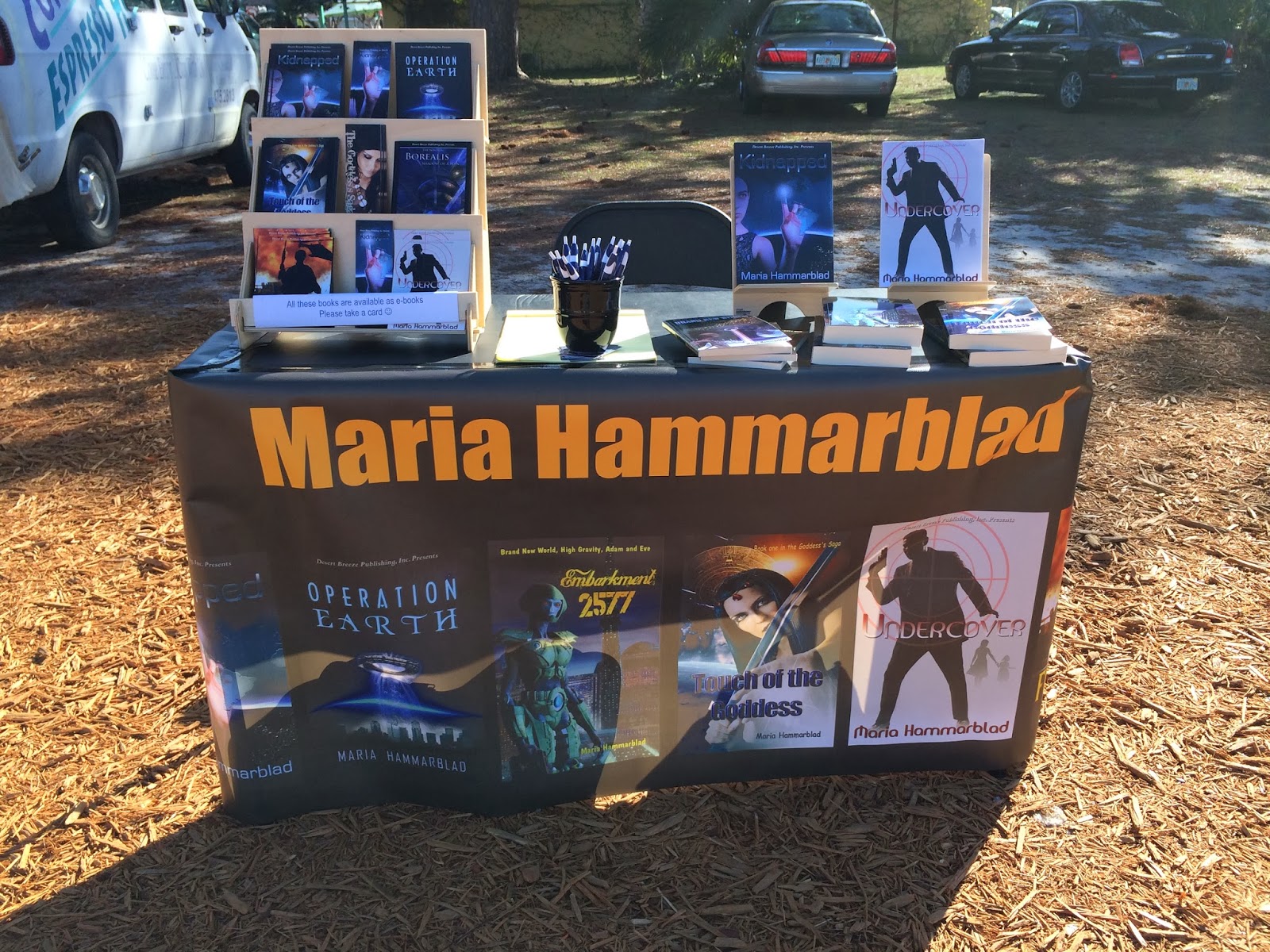 I had a great time at the Englewood book fair. Actually, I think it's the best one I've visited this far. They've been doing it for a few years and it showed; they had banners hanging over the roads, big signs showing the way, and good attendance of people actually interested in books. To make things even better, the weather gods smiled at the event. It has been cold for a few days - for being Florida - but Saturday was gorgeous.

I don't have a tent, and I thought sunscreen would be enough. It wasn't. I returned home red as Santa's suit with huge white rings around my eyes from the sunglasses. Haha!

Anyway, I met some really great people and I have already told the arrangers I want to come next year again.

Before going, I promised myself that if I sold more than X books I could get a toy. I've been wanting a Pebble SmartWatch to go with my iPhone - I keep it tucked away at the daytime job, and a Pebble could be a great way to keep track of who's trying to reach me, and if I should grab the phone or not. I'm on the no-call list, but I still get so many calls from people wanting to sell insurance and other stupid stuff, you wouldn't believe it. (28 between Friday morning and Saturday morning.)

I sold twice as many as I hoped for, so I went down to BestBuy to get my toy. (Don't get me wrong - it doesn't cover the price of the watch - but I've been working hard and this made a great excuse for buying stuff.)

The Pebble is awesome! It synced with my phone just like that, and now I can see who calls or texts me, what time it is, what weather it is, what day it is, what I have planned, and so on with just a glance at my wrist. Win!

Email ThisBlogThis!Share to TwitterShare to FacebookShare to Pinterest
Labels: life, shows and events