I love Liza O'Connor's books, and it is my absolute pleasure to turn over the pen, well, keyboard to her for the Coming to Reason blog tour!

Doesn’t matter if you are alien or human, we all have to Come to Reason when we are in an unhealthy relationship. Only it’s not that easy for those of us who take commitment seriously. In fact, we can be incredibly blind to reality.

Take for example Carrie and Trent from A Long Road to Love series. Book 1: Worst Week Ever. 80% of my reviewers thought it hysterical. The other 20% focused in on the unhealthy relationship and were thus unable to laugh at anything.

Then came Book 2: Oh Stupid Heart where I let Carrie try her best to make Trent a good man. While she made him good enough to make me love the jerk, fundamentally he didn’t change. And part of the problem is Carrie. Her need to fix everything prevents him from growing up and taking responsibility.

I introduced a better man in book 1, but right now she refuses to see him as anything but a friend. But let me show you a side by side comparison and you decide who is better…by a mile. 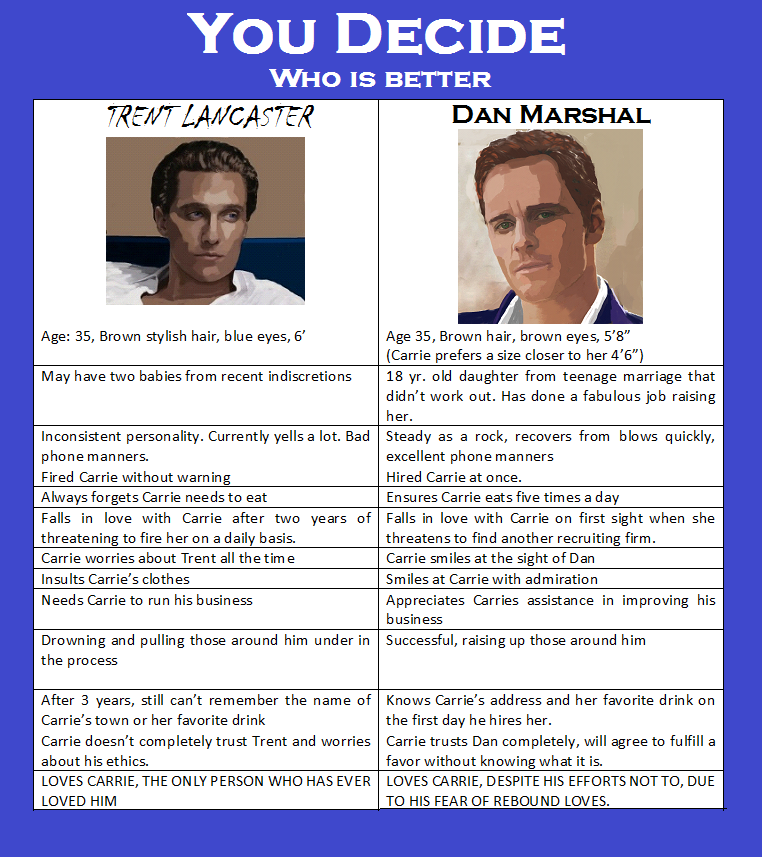 Carrie is so committed to Trent, she won’t even considered this fabulous guy as anything but a good
friend.

So I had no choice. I had to make use of some untied strings in book two and blow up the relationship. It’s the only way Trent will fundamentally change himself. He has to lose the ONLY person who has ever loved him. Well many of us loved him, but he doesn’t know that.

All Carrie has to do to find her HEA is open her eyes to the great guy right before her…well it’s a little more complicated than that, but she’s clever, so I’m sure she’ll solve the ‘no rebound’ problem.
However, Trent is going to need a whole book to fundamentally change himself. So book four is his journey. It’s called Climbing Out of Hell and because I love my readers, I reshuffled my schedule so it will come out next. 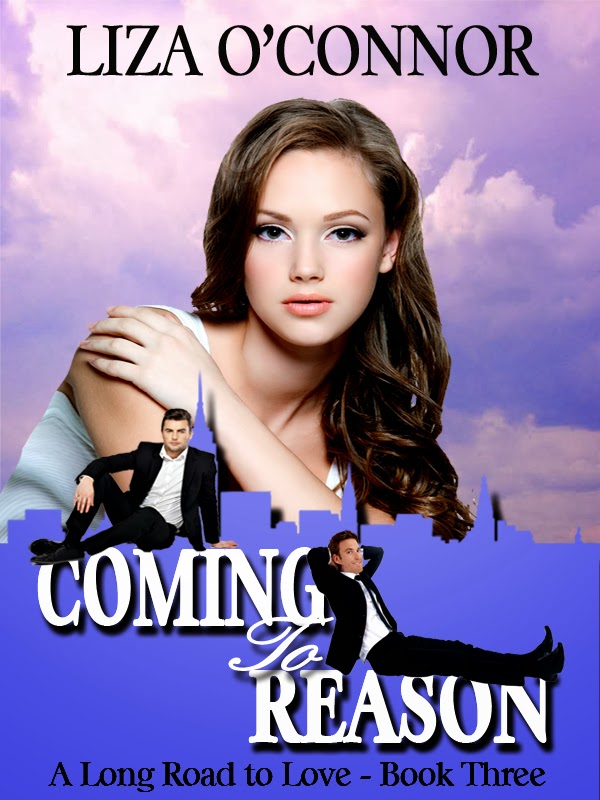 Book 3 of A Long Road to Love series
Carrie has committed to an inter-species engagement with Trent, her billionaire boss. Presently, he is eighty percent dreamboat and twenty percent nightmare. When he fires her so they can become a ‘normal couple’, everything heads south.
Providing her a stark contrast, her new boss, Dan Marshal, is everything a woman could want. But for Carrie, her heart is taken and thus, her path to reason remains long and arduous.
When her relationship with Trent explodes in a shocking fashion, finally her heart gives up and reason takes over. She realizes a brighter future and a better man has been at her side all this time. But can she overcome the obstacles in her path to secure him? Or is Carrie doomed to never know true love?

Warning: If you loved Carrie and Trent as a couple, this book may break your heart.

Liza O'Conner writes books that speak to my soul. Carrie is a character you will not soon forget.
--Rebecca Royce, author of The Warrior series.

I only have one thing to say about Liza O'Connor's A Long Road to Love series: Read them. They're funny. You won't regret it!
--Maria Hammarblad, author of Kidnapped.

Dan let himself out of the limo, something Trent still wouldn’t do, and headed to the office door. His brow remained furrowed until his gaze settled on her, then a smile brightened his handsome face.

“Carrie! What a pleasant surprise.” Leaning down, he kissed both her cheeks in greeting. While Dan didn’t possess Trent’s height, he still towered over her. “Are you by chance wishing to speak to me?”

He glanced at his watch and the furrows in his brow returned. “Fifteen minutes, before a meeting I’ve called. If you need more time, hopefully, you can wait an hour for the meeting to be finished.”

“More than fair since I didn’t make an appointment.”

His head tilted as he studied her. “Which is unlike you.”

“True, but I didn’t know I needed a job until yesterday, when Trent decided the time had come for him to grow up and run his own company.”

Dan led her to the elevator with his hand rested on her back. “Really?” His tone turned happy upon discovering her state of unemployment, but she let it slide.

“Evidently, he made the decision a while back, but didn’t bother to share it with me until yesterday.”

Once they entered the elevator and the doors closed, she wrinkled her nose at him. “Well, I’m glad my unemployment makes you happy. I expected a stern lecture after the last time I asked you to get me an interview.”

His smile disappeared. “Good point. Is this a real job you want, or are you trying to get rid of one of Trent’s groupies?”

She laughed. “Trent doesn’t have groupies. And this is a real job I want. We’ve decided to become a normal couple with daily time off from each other. Otherwise, Trent will continue to rely on me too much.”
For some reason, her reply saddened him.

Book Two
Oh Stupid Heart
Amazon
“Be warned though, this book is completely different from The Worst Week Ever. Yes, there is still humor, dry wit, situations that you would think...NOT AGAIN but this one humanizes Trent more.” 5 stars - Brian’s Mom – Amazon
8 reviews: 4.8 stars

Book Three
Coming to Reason
Amazon
“This series has become addictive for me. Liza is unpredictable in her twists and turns which I love.”
2 reviews: 4.5 stars

Liza lives in Denville, NJ with her dog Jess. They hike in fabulous woods every day, rain or shine, sleet or snow. Having an adventurous nature, she learned to fly small Cessnas in NJ, hang-glide in New Zealand, kayak in Pennsylvania, ski in New York, scuba dive with great white sharks in Australia, dig up dinosaur bones in Montana, sky dive in Indiana, and raft a class four river in Tasmania. She’s an avid gardener, amateur photographer, and dabbler in watercolors and graphic arts. Yet through her entire life, her first love has and always will be writing novels. She loves to create interesting characters, set them loose, and scribe what happens.

a Rafflecopter giveaway
at February 24, 2014