I've noticed that a lot of people have problems with commas, but it's not that hard once you figure out the rules. And, the rules don't have to be as difficult as many convey them. Good grammar can seem superfluous in an age of tweets and texts, but it helps get a message across.

If you see an -ing word, look out for a comma.


Unless it's a really short sentence, like, "I should be working" an -ing word always comes with a comma. It's not always right by the -ing word, but it's there.

"Alice ran towards the fire, waving her arms in the air."

These words require attention. Except for "and" all of them should have commas. The word and is an exception because it can have different functions in a sentence.

"Paul needed a nap, because he hadn't slept well."
"Although Isabela liked chips, she didn't enjoy the new flavor."
"Mike didn't want to come to the store, unless they were shopping for toys."


A parenthetical is a part of a sentence used to clarify or explain.

"Maria's computer, which she mostly uses for writing, ran out of battery." 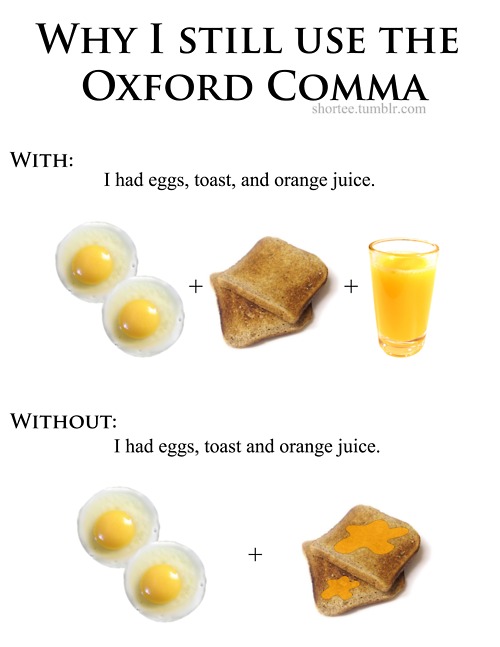