Today is a big day for me: I've given in to vanity. I've never owned a flat iron. Ever. One of my friends used one on my hair once and I thought it was pretty neat, but I never got around to buying one. Why would I? My hair is so straight I struggle with it every morning to get some volume. Why would I want to get it straighter?

If you're rolling on the floor laughing right now, all I can say to my defense is that I was a teenager in the 1980s. Back then, hair was supposed to be large and curly. Mine succumbed to perms and excessive amounts of hairspray, and still insisted on being straight.

Yes, I've lived under a rock since then. I'm a writer. I don't know what goes on in the real world around me. LOL!

Anyway, a few weeks ago I visited a company not far from here that makes hair straighteners, curlers, hair dryers, and other fun stuff. As I waited in the lobby, I couldn't help but watching the commercial video; the TV was right there.

I had no idea hair straighteners could curl hair, or that a flat iron would make it softer and shinier. To make the temptation worse, they come in all forms of fun colors and patterns. I wanted one. Seeing the price of $350, not so much. Not even Santa would bring me one of those, and it's half a year until Christmas, lol.

Last week a little bird told me about the site ceramicflatiron.com. All of a sudden, one of these miracle inventions could be bought for $30 instead of over $300. I think the computer clicked on "add to cart" on its own.

Today, the FedEx truck arrived with a box. My photo doesn't do it justice; this is a very nice box.

I was a little concerned that it says "classic green" because I ordered the bright and happy summer green, but it's okay, because it held the right color. 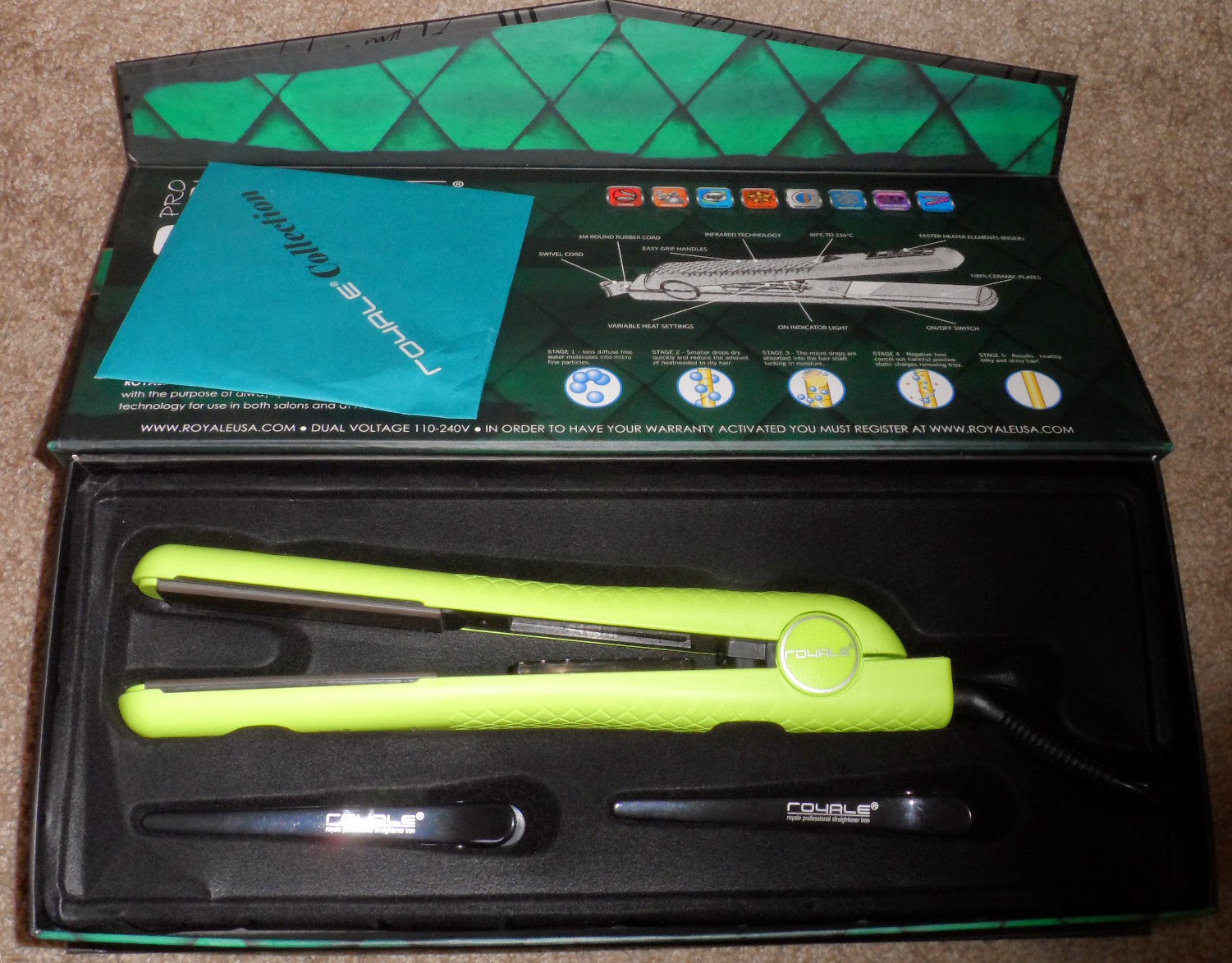 This flat iron has completely ceramic plates, on/off button, and temperature setting from 176 F to 450 F. It also runs on both 110 and 240 V, so if I ever go back home it will still work.

In the box came a DVD with instruction video, and some brochures. They have curling irons with zebra and giraffe print. These are also for sale on ceramicflatiron.com, and I might have to get one. Yes, I'm like a magpie, and these are shiny objects!

Naturally, I ripped it out of the box and scurried to the bathroom to try. Since I never used a flat iron before I was a bit clumsy, but I love it.

My hair is so stubborn that I can't curl it with a regular hair curler, even on max heat. It remains straight. I went to the salon and got a perm once. Could just as well have thrown the money in the river; my hair was curly for about a week, and after that it was back to straight.

I tried the flat iron on about 300 F, and it worked. I can curl my hair with it, and make the edges bend the way I want - which is the opposite way of what the hair wants.

Now I want a flat iron holder and/or a heat mat, so I have somewhere to put the thing when I'm done playing. They have a pink leopard heat mat. I know it wouldn't match green, but I like it, and I'm eccentric, so who cares. Right!

I also want a purple leopard hair curler and a red hairdryer. Hubs used my hairdryer for something a couple of years ago and broke it, so we haven't had one for ages. Hmm, I'd better get to work to finance this shopping spree.