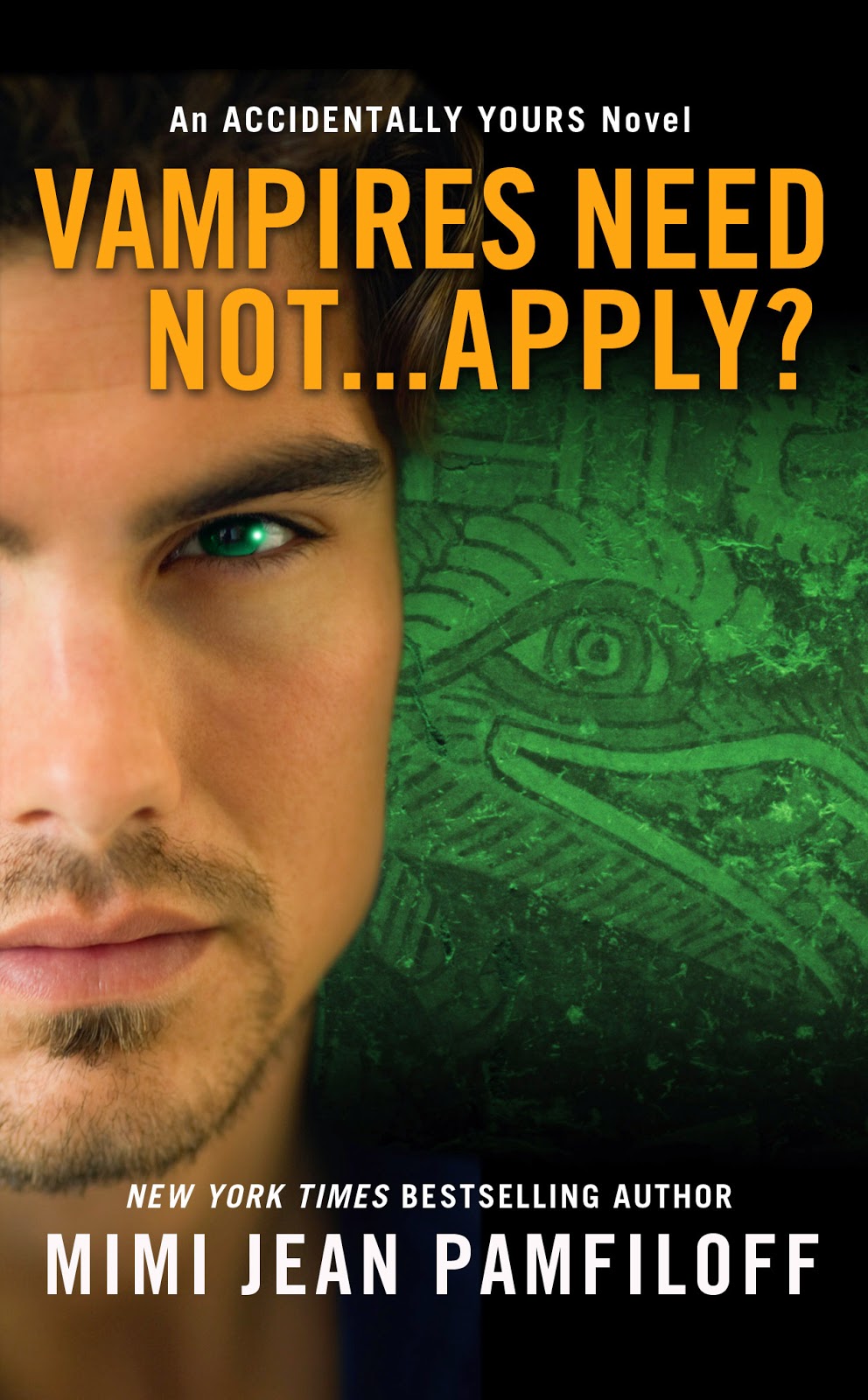 Vampires Need Not Apply belongs to a series called "Accidentally Yours" by Mimi Jean Pamfiloff. I got the book at the RT conference in May and thought, "Vampires... Another book about vampires. Can't people think of anything else?" Bad attitude on my part, I know, LOL. I started reading it anyway, and I'm so happy I did. This is an excellent book.

Ixtab is the Goddess of suicide. Her job is to take darkness and depression out of good people, and to send the truly bad over the edge so the world gets rid of them. Not a pleasant job, especially since everyone who accidentally bumps into her is filled by an irresistible urge to kill themselves.

The situation doesn't get better by feeling responsible for the death of her one true love. When she meets scientist Antonio Acero, he is a dead ringer for her lost beloved, but everything goes wrong, and to make matters even worse, his cat bumps into her and jumps out a window.

The book is laugh out loud funny, dramatic, sexy, and nearly impossible to put down. The characters are endearing, silly, and hilarious, and Pamfiloff has created a believable backstory and setting.

After reading this I bought the other books in the series. They are also good, but do quite a bit of jumping between first and third person, which throws me out of the story. If you can live with the first/third POV hopping, I would warmly recommend them, because they are also hilarious. Just be prepared to set off a few days to reading, because reading one makes you want more.

Vampires Need Not Apply is consistent third person - it is a long and hilarious adventure - and it's one of the best books I've read for a long time.

Email ThisBlogThis!Share to TwitterShare to FacebookShare to Pinterest
Labels: reviews