I tend to consider the ground under my feet fairly solid, and I'm probably not the only one - the vast majority of people on this planet know we're on a planet that travels through space, circling a star, but it's not something we think about every second every day.

I've been working on a prequel to my Embarkment novellas, and I did some research the other day for a scene where the hero tries to explain to the heroine why communication in space and space travel are complicated. A little Googling gave interesting and mind-boggling numbers. 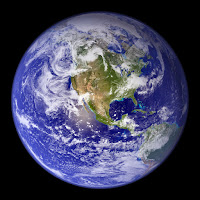 1. The Earth spins around its axis


Everyone knows that, but do you know how fast it spins?

2. The Earth moves around the sun


The Earth moves around the sun and we consider one trip around the sun one year. This another fact everyone knows, and it isn't weird until you start thinking about it.

The moon rotates too, it just rotates at a speed that matches its orbit around the Earth, so to us it looks like it doesn't rotate. 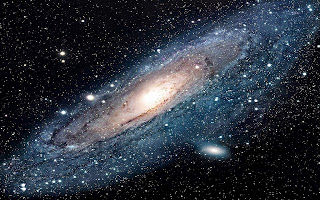 
We are in the outskirts of an arm of the spiral galaxy called the Milky Way. Vintergatan in Swedish. The galaxy rotates, and we rotate with it. At a pace of 515,000 miles per hour.

Is your mind getting tired yet? Mine is, so we shouldn't even get into stellar drift and the universe expanding.

And you think I'm speeding when I go 85 mph on the highway. Pfft. LOL!