What to do now?

After everything that happened, it's too soon to make any major life decisions. But, I must admit I've been longing to go home for quite some time. I miss my country. Florida is hot, muggy, and crowded. Sometimes I think there are more cars in this city than in all of Sweden.

I do like Cat Depot. I like the people at Cat Depot - I have some really great friends there - and naturally the cats at Cat Depot. What else... I like that gas is cheap, and I really like Hazelnut coffee. Gas in Sweden has always been expensive, and unless it made a leap across the ocean in the last couple of years, we do not have hazelnut coffee.

Not sure those things are enough to keep me in a foreign country.

One of my friends asked what exactly I miss. I think she expected me to answer my family or my friends. Of course I miss my mom and my friends. I have some fantastic friends in Sweden.

But, thanks to modern technology, it's possible to keep in touch even with an ocean in between. If and when I move back there, I will miss the friends I had here, and hopefully keep in touch with them too.

I want Swedish culture. I miss the things everyone do around the holidays - our holidays. I miss the taste of Swedish food. I miss vacations and paid holidays. And, I miss the Swedish spirit. It's difficult to explain, but it's the difference between staying to the side in an aisle in the grocery store, making sure you're not in other peoples' way, or running others down with your cart just because you can.

On the other hand, Sweden is cold, dark, and snowy. Sometimes an entire summer rains away. If I move back, I will lose a lot of my English, which will make being a writer more difficult.

Going through Mike's things and fixing up the house will take time. Listing it for sale will also take time. After that, I guess we'll see what happens. Going home and moving my pets home would require a fair amount of money. I am concerned that once I get there I won't like it at all and want to go back here - that could happen.

When I was a little girl, I imagined a widow as a very old person with wrinkly face, body bent by time, and arthritic hands. In my mind, widows always wore layers of black, and clutched their black veils.

I never imagined it to be me.

A couple of days ago, it happened anyway.

Five-year-old me would have found 44 quite old, but still not old enough to fit her stereotype. 44-year-old me feels I'm decades too young for this. Relationships start and end, it happens all the time, but usually not like this.

Predictably, my feelings are a roller-coaster. Mike spent the last couple of months in the hospital, at hospice, and in a nursing home, and that makes it easier. I was already getting used to him not being here. I still expect him to show up at any moment, or send a text.

Whenever something share-worthy happens, my first instinct is still to snap a photo and send it to him. It will take a long time before that passes.

There is grief of course, and relief. No one should have to suffer pain like he did. He was sick for years, in pain for years.

From time to time I'm angry with him, for many different reasons, and that makes me feel guilty - you're not really supposed to be angry with people who are dead. I'm guessing all this is normal.

I'm spending the week hiding at Cat Depot. It's my favorite hiding spot, filled with friendly cats and people who act normal. I wasn't going to, but when people started texting me about getting Mike's things mere hours after he passed, I decided going to work was the perfect excuse not to have to deal with anyone.

Some people have shown up with lists of items they feel entitled to, because at some point in time Mike mentioned they could have this or that. Of course I'll share memories of him and stuff doesn't mean all that much to me, but maybe give me a couple of days to re-find my footing?

Also, I'm not sure I'm willing to give away the few things he had that are worth actual money when he left me with tens of thousands of dollars in bills. Saying how this expensive item has a great sentimental value to you doesn't give you any points when I'm selling everything I have - items I've had for decades and brought to America from Sweden - to try to catch up.

Mike's family have arranged a get together for Friday. After that, I intend to cuddle my pets. After that, not sure. 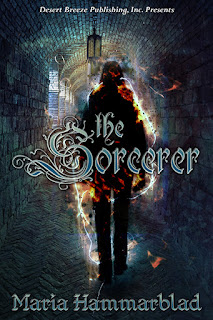 If you follow me you've probably seen an extensive amount of whining about my teenage neighbors. They've been up to a lot o no good. I thought they were just annoying, I've assumed they were young and didn't think their actions through. I might have been mistaken.

This evening, I left my house to go visit the husband in the nursing home. Right across the road from my gate stood an unmarked police car. I thought that was odd, because the neighbors who live there are really nice and quiet.

Turning my head ever so little, I saw half a dozen more police cars. Lots of officers with bullet proof vests and masks, and the neighbor kids being dragged away in handcuffs.

I don't know what they did, but it must have been something significantly more than annoying me. There were a lot of deputies.

The youngest boy smirked and seemed to think this was the most amusing thing that could ever happen. The officers did not seem to appreciate that. The older boy's face was set in stone. I always kind of liked him, because he tried to take care of their dogs and keep his friends quiet. One time he helped me gather up another neighbor's Great Danes and fix their fence so the fur-kids wouldn't get out again.

Now I'm worried about their dog. I don't know if anyone remains in the house, but she did come by my place and I gave her a bowl of food. Then, she went home and jumped the gap in their fence. Guess I'll have to keep an eye on that, in case no one takes care of her now.