I traded my dear old Audi today. It wasn't an easy decision - I was fond of it - but I think it was the right decision. In Sweden, you have to take your car to a special authority once a year. They go through the vehicle and check everything from emissions to brakes. (I love that you don't have to do that in Florida, lol!)

To pass, she would have needed a lot of work done on the brakes, a new O2 sensor (I replaced one this summer, but there are more), and some other little fixes. Plus, winter is coming and I only had one set of wheels, so I would have needed rims and tires.

After doing the math, it became cheaper to trade her. I felt guilty for leaving her at the dealership and driving away in another car, but I am no longer the right owner for her.

Now I have a slightly newer Ford, and I think it will work out really well. Smaller engine - might not be a bad thing with my heavy right foot - still large enough to fit all the pets if need be, summer and winter wheels, and newly serviced. A little rusty, but less than the Audi, lol. It's a 2004 so far from new, but it's new to me. 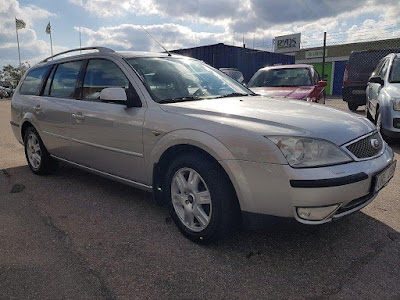 I will miss the Audi's seductive whisper. It remained constant no matter how fast I drove. "I have a big engine, a really big engine, it would be easy to go faster." It's probably a miracle I still have a driver's license, haha!

The guy selling the Ford asked why I set my sights on the cheapest car in the lot instead of getting a new car, free from problems. I almost fell over laughing and told him about my adventures with the Honda Fit. The tranny that broke shortly after the warranty expired, and mysteriously wasn't included in the drivetrain warranty. The alternator that allegedly broke because I had a broken tail light.

I fell into that trap once. Hopefully I'll be smart enough to at least stay away from it for a few years.

The funny thing - that has nothing to do with the car - is, when I started looking earlier in the week I contacted quite a few people and many of the replies made me go, "Hell no!"

I suspect people have moved here and not yet mastered the language, so they're using automatic translations. Or, have learned the basics, and try to use Swedish the same way as other languages they know.

Thing is, there are phrases like "dear" that don't have an equivalent in Swedish, and when people try anyway, they sound like super-scary psychopaths.

Most of them try to translate dear with "kära" - a word that means a lot of things. None of them is "dear."

Depending on intonation and context, it can mean calling someone an idiot, an expression of utter disbelief, or a description of two people desperately in love.

"Men kära du" probably means you did or said something really stupid.

Thus, the texts that end up in the mailbox sound along the lines of, "Yes my love, I still have the car for sale, you beautiful moron. Come here my sexy princess and I will take good care of you, sweet love puppet."

The car I finally picked was at a dealership in Norrköping, it's a road trip of a couple of hours, but totally worth it. This guy sounded considerate, reliable, and professional in his messages. The next time I need a car, I'll go there again.