It's hot. After living in Florida for nearly a decade you wouldn't think I'd find Sweden hot, but this summer has been like an oven. 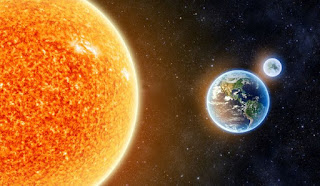 It's not just my perception - this is the hottest and driest summer Sweden has experienced. I am tempted to say "ever," but meteorologists stick with "in recorded history." That's still hundreds of years.

My thermometers climb up in the 30s (Celsius) in the shade every day, and have done so pretty much since the snow disappeared. My county is almost out of water - it has only rained a few times all summer - and the country as a whole is experiencing the largest fires ever seen.

We've had firefighters from nearly a dozen different nations here to help. These trucks on this photo came up from Poland. Once they set wheels in Sweden, they had to drive for many, many hours to reach the areas where they were most needed. 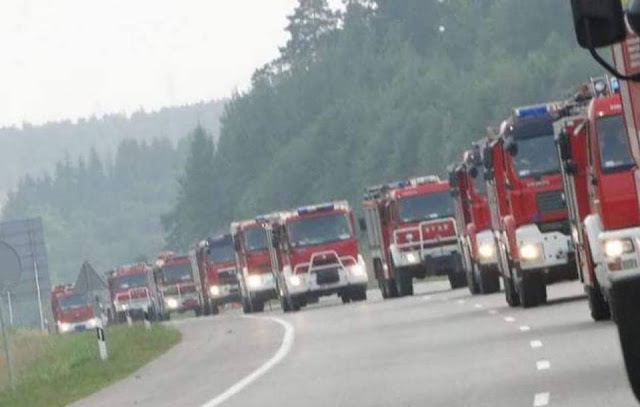 The heat and drought could be a fluke. But, considering the weird weather we had during winter - I doubt it.

The past winter was cold and snowy all over Europe, because the air over the Arctic was too warm, pressing the cold south and changing our normal wind patterns.

Of course, the climate on Earth isn't just dependent on our planet - the sun goes through phases as well - but we can't do anything about that.

Anyway, the knee-jerk reaction of running out of water is to stop using water for plants. I think this is a horrible idea, and by now I'm pretty sure the county government has labeled me as a crazy person. That's okay.

I'm not saying we have to use our fresh water supply to keep the plants alive - they don't care if their water is drinkable to us or not - but if we don't have fresh water, we need to start reusing water to save them. We cannot let them die.

Other areas of the world already recycle water for the use of plants, but we haven't had to do that in the past. I am convinced we need to get used to the idea and start building systems for the future - the plants are the most important things we have at this point in time.

Plants are the lungs of our planet, and they can assimilate various gasses and produce oxygen and so on. Plants support insects and wildlife, even the soil - and us.

Plants play an important part in the cycle of water. The less plants we have, the less rain we'll have. (The interaction of plants with rising CO2 levels in the atmosphere is more complicated than this, but for this line of reasoning, that doesn't matter.) 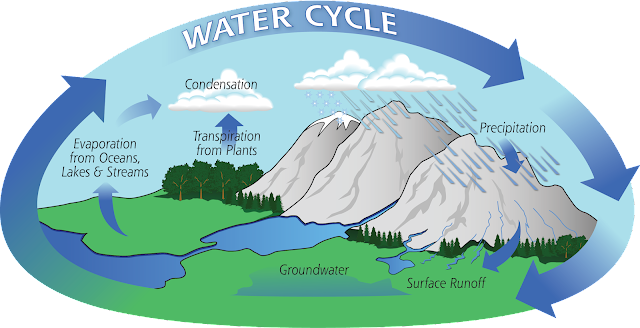 We're a little funny here in Sweden. We're about, let's see... We're 10,000,000 people. The world has about 7,639,000,000 inhabitants. What's 10 million divided by 7.6 billion? Around 0.001. Not a huge part of the world's population. We still have a kind of hubris and believe we can reverse climate change all on our own. Like, if all Swedes just stopped using fossil fuels and plastic products, all would be well.

Not all 7.6 billion of the people in the world contribute greatly to the greenhouse effect, but the Swedish population is still so small we're negligible.

However, we have the 55th largest landmass in the world.

Keeping it green during the seasons when it can be green could make a difference. Instead we're letting it wither and die. One known side-effect of high CO2 levels in the atmosphere is that it disturbs the plants' cooling system. This disrupts the water cycle, pushing water directly to lakes and streams instead of returning it to the air. Having fewer plants will make this even worse.

What can I do besides preach?

More than I thought before I started.

I've stopped using salt when cooking vegetables, pasta, and similar, so I can use the water for the plants once it cools. All the water used for rinsing out my finicky pets' water bowls now go on the plants, and I've started building a system with water barrels, so I can catch the rainwater we do get from the drains on the buildings in my yard. It's a work in progress, but I will keep my little corner of the world as green and blooming as I can.

In the big picture that might not matter at all, but on the other hand, it might. It matters for all the little bumblebees, butterflies, and other creatures who come here to eat. 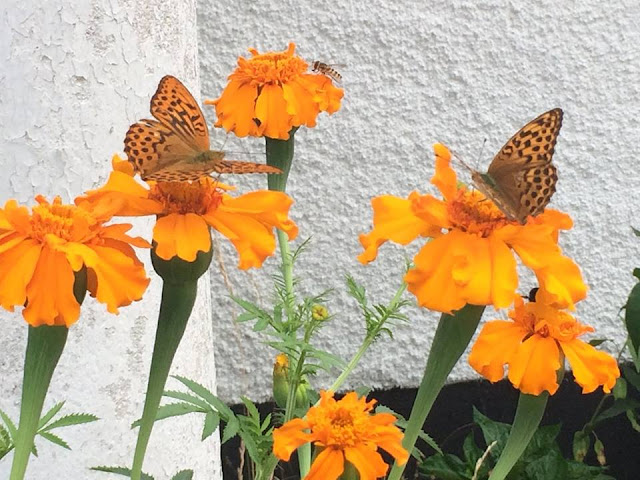