Life when you're clumsy

This summer has been the hottest and driest I've experienced in Sweden. We had snow, about a week of spring, and then it became hot. All through summer, it rained maybe three times. This week, water has returned with a vengeance - it has been pouring down.

As a result, my back yard is now a slope of fresh grass and mud. Naturally, I still clomp out in garden slippers, and naturally I just experienced close contact with the ground.

I surprised myself with the amount of creative curses that flowed out of my mouth. Good thing no one else was close enough to hear.

Catching oneself with one's hands may be a natural instinct, but it isn't a good idea. I could hear something snap in my right hand. By now it's swollen and sad, and all activities including typing are one handed.

Five pets to tend to and just opening a can of cat food is near impossible. Work is out of the question.

I hope it will heal on its own - quickly - but there might be a trip to the doctor in my near future. 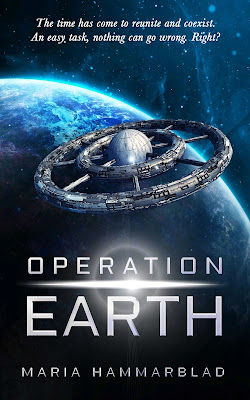 I'm almost done with the re-edit of Operation Earth, and it will be re-published the first week of September.

I need to give it one more read through, and tweak the tag line. Funny thing how it's fairly easy to write an entire book, and nearly impossible to come up with that one sentence to describe it.

This is the new cover - what do you think? (The tag line at the top is more a place holder than anything - I need to come up with something catchier. The rest of the cover is the way it will be.)
at August 04, 2018 No comments:

Match is not a good match, lol

I've been married twice. Husband number one and I divorced, for several reasons. Husband number two passed away just over two years ago. While I am introverted and for the most part content with living in my own world with my pets, I also have a nagging feeling of, "It has been two years. If you don't act now, you might be alone forever."

A part of me thinks it would be nice to have someone to share things with. The other part points out how eccentric I am, and how much work it is to be in a relationship. The first part says, "You don't really think it will become easier because you wait longer, do you?" and the second part responds, "Can you really imagine a man in here? A man's things? Or, not doing what you want exactly when you want it?"

Most of the time, I end up agreeing with myself: If a really hot alien were to fall from the sky, or my soulmate were to show up on my doorstep, they can come in.

With the likelihood of those scenarions, odds are I'll remain on my own. The part of me that enjoys solitude also likes to point out that I'm settled in, I won't want to move, and a man would probably hit his head on my hobbit-height ceilings.

Somehow, the pro-relationship part still persuaded the other half of my brain to sign up for Match.com. "Just for a month" it said. The argument, "If nothing else, you'll know how it works in case you ever need it for a book" hooked the more reluctant part.

Thus far, it's a spectacular failure. All the people the site has suggested as good matches either look like they're axe murderers, or like they're at least thirty years older than I.

Isn't it a strange society we've created for ourselves? Browsing through faces on the phone or computer, going, "No, no, hell no, no, no, well, no, no..." And there are people doing it all over the world.

Good thing there are dogs and cats. :-)

Flashback is going on tour!

Flashback is back! That's kind of catchy, should I start using it? It is available today for Kindle, and the paperback should be up during the day. 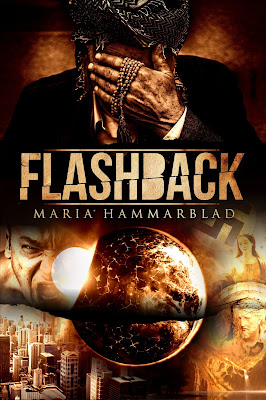 August 9, Ramblings of a Book Nerd

August 15, Momma Says: To Read or Not to Read