I got a response from a lovely woman at the local community association. She told me the cottage is an old soldier's croft, built in 1772. There is a newer addition to the back, I'd guess 19th century. The cottage was inhabited until the last family member passed away in the 1940s.

There was originally a barn too, but it was moved to a local folk museum in 1947. I plan to go see it this spring/summer.

The amazing thing is, they've tracked down all the people who lived there, back to the original builder who was born in 1745! And they have details, like one person born here moved to the USA. One became a seamstress and another became a forest worker.

According to their records, the house has been unused since 1953. People have obviously been there since, but no one has officially lived there for almost 70 years.

And, it gets better: she found a couple of old photos! 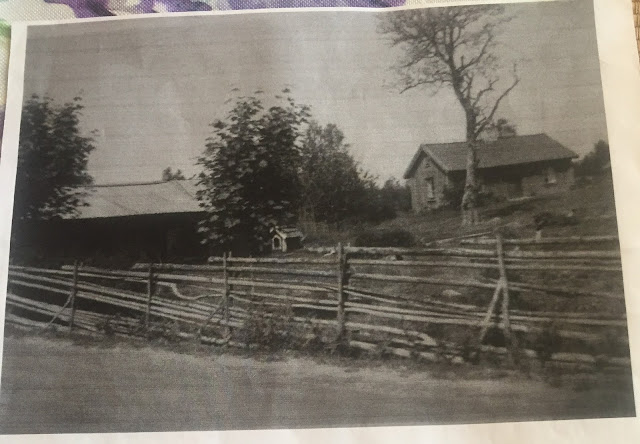 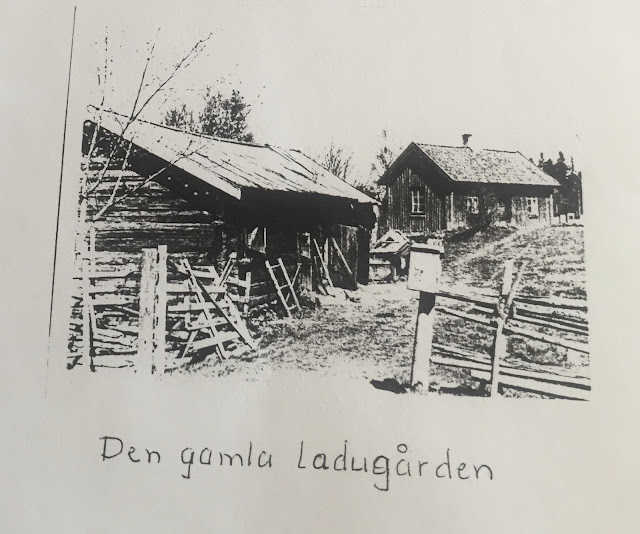 The place was so nice and the original house can still be salvaged. Yes, there's a lot of work to be done, but it's possible. My "renovate and restore" itch was already triggered. Now it's revving the engine.

Fingers, toes, and paws crossed for a good meeting with the forest company next week. With any luck they aren't interested in things like this and will be happy to give a good price to someone willing to put in the work.