I read an article a few years ago about how different persons' inner clocks move at different speeds. That struck a chord with me, because I think I move, speak, read, type, drive, and so on at a perfectly normal pace. Growing up, my mom always said I seemed to be in a hurry, and to this day people complain about me speaking too quickly.

Most of the time, this isn't a problem. I like being "fast" because this is the way I am and the way I've always been. I don't know anything else.

When it comes to "Project Cottage" a part of me feels it should be done by now. I have to remind myself to slow down and have reasonable expectations. The sensible braincell points out that I don't actually know how to do many of the things needed, and building takes time even for people with carpentry skills.

My eager braincells claim it should be done in May, no later than June. The one sensible brain cell says the project might take a couple of years and needless to say, the eager ones don't like that. They've already mentally finished fixing it, furnished it, and are quite annoyed it isn't ready for use. According to them, it should be possible to sit there and write by now.

Sensible also said, "We should do one thing at a time. Let's finish everything around the house, so it's easy to get to, replace the siding where needed, and..."

The others interjected, "BORING!"

Today, they got their way. There's so much dust, spores, stuff going on inside the cottage that I bought a builder's mask and even Sensible had to agree it would be fun/interesting to try it out.

It makes me feel skilled and powerful. Cool, like Darth Vader, but a force for good... 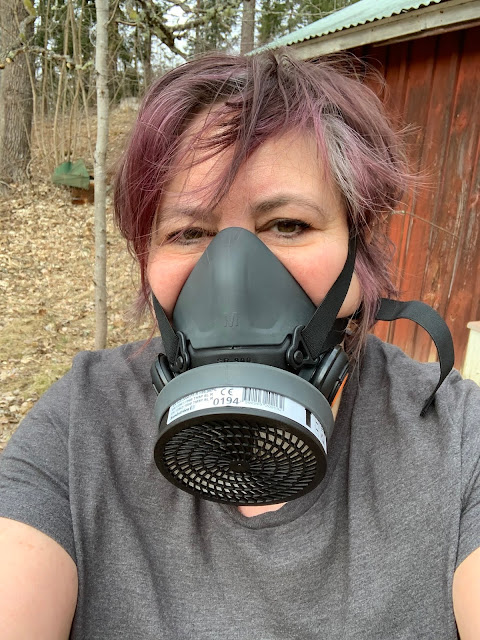 I wanted to start with the floor in the hall, because I need a reliable floor to safely get in and out. There was so much old leaves and debris on it that I haven't really seen it until now - it has just felt spongy under my feet. With the mask snug on my face, grabbing the broom and clearing it off was easy, despite creating a gigantic dust cloud.
I think these are linoleum tiles. Those have been around for a long time, but they're definitely not the same age as the house. Many of them came loose as I was sweeping and they turned out to be glued to pressboard that had started to mold. Eww! (Not sure when pressboard was invented? 1930s?) 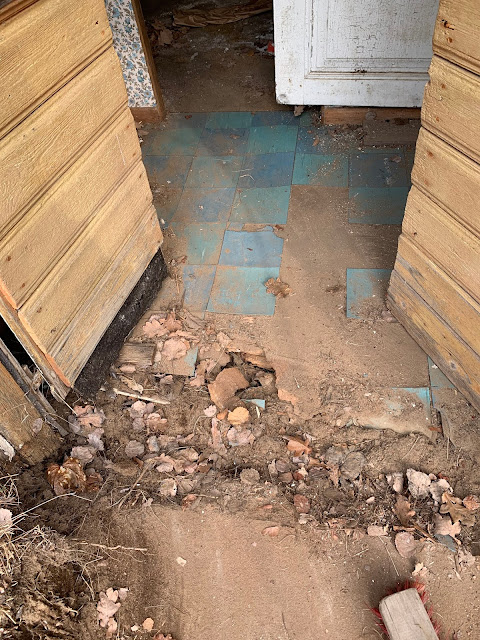 Getting all this out was easier than I expected. You can see a glimpse of the kitchen through the open door - Sensible is probably correct in assuming I'll need a couple of years to finish this project. 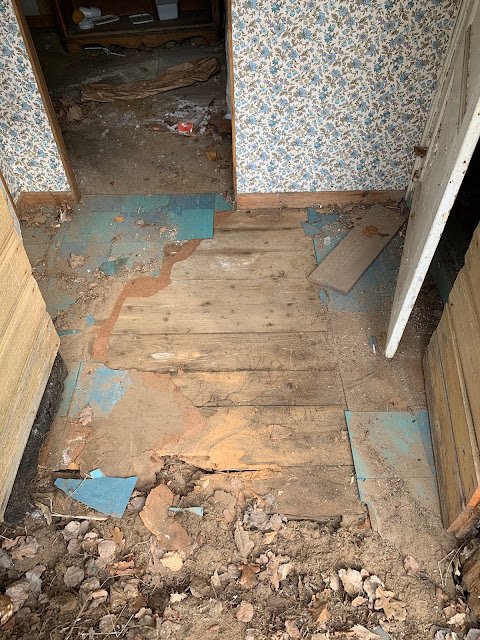 Once all the linoleum and pressboard came out, I was delighted to find some of the old wood floor in better shape than I expected. I thought I'd have to redo the whole thing, but I think I'll only have to replace the boards closest to the front door. And, I think I may have boards in the garage that will work.
If you're looking at this photo, thinking the front door seems to need more TLC, you're correct. Someone has kicked it in at some point in the past and I've managed to fix it enough to open and close, but I'll need help repairing it. (It's flippin' heavy!) I just want to do some stuff inside the house before calling the handyman. 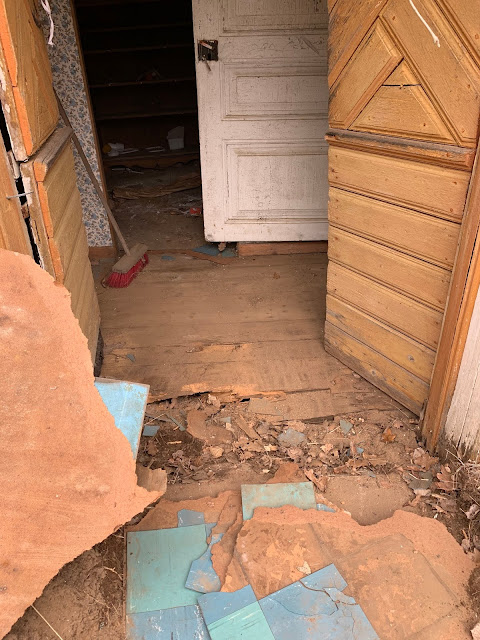 The door kind of closes now. It's not perfect, but it's so much better than the first time I saw it - back then I didn't think the house had a door. And I just realized, this photo spotlights why I need to keep digging. 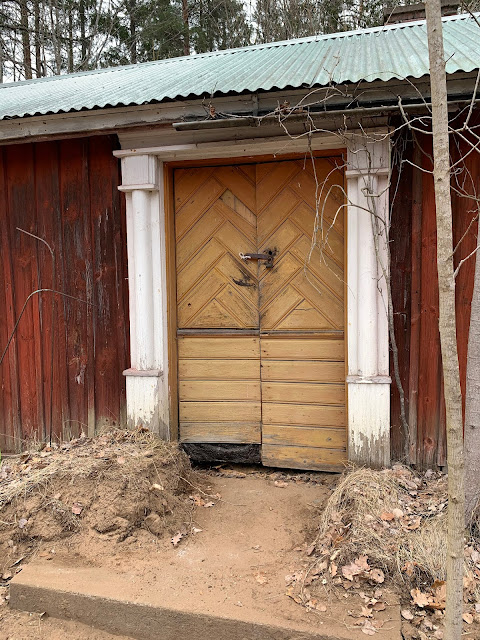 My greatest supporters. They are so patient - and great company. 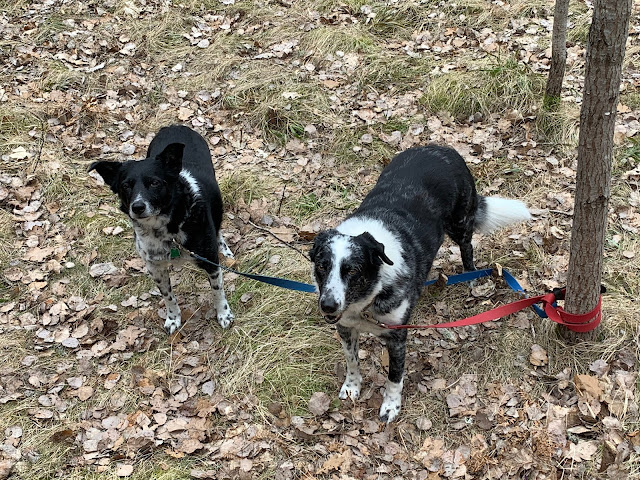 See the pile to the right? I've taken down a lot of shrubs. When the cottage and I first met there were so many shrubs it was difficult to even walk up to it. There's obviously more to be done on this front, but it's getting better every day. :-) 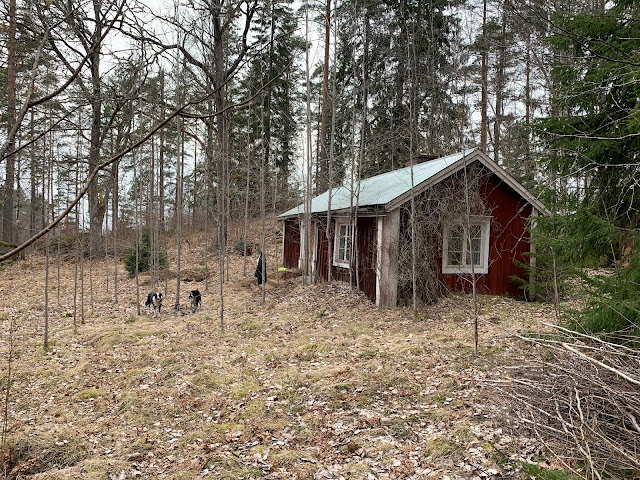