This is so cool. I was over at "Project Cottage" and a car stopped. Out came a man who said, "It's so nice to see who's here now. My dad bought this in 1908." I think he said it was used to be called John's cottage, but I'm not great with names, so I might remember that wrong.

And to make it even cooler, he used to have school lunches in my house as a child in the 1940s!

I've guessed that my small upstairs room (I think of it as Adam's room) has been a kitchen, and that's correct. The kids ate in both the other rooms up there, so my bedroom and Koda's room were both used for school lunches for the children.

We walked around the cottage and chatted, and he said, "You need help by an excavator." It was so great to be able to say, "It will be here on Wednesday" - and he looked super surprised and happy. He asked several times, "You're really getting an excavator over here? On Wednesday?"

Of course, it's due to the help of kind people in the village, but he still seemed to think it's just as awesome as I do. Loved this guy!

Apparently, he drives past there about once a week, so that's an extra incentive for me to accomplish things. I want to show the place as beautiful as it looks in my mind. :-)

The whole area is so beautiful. Just look at this tree and the spring flowers! 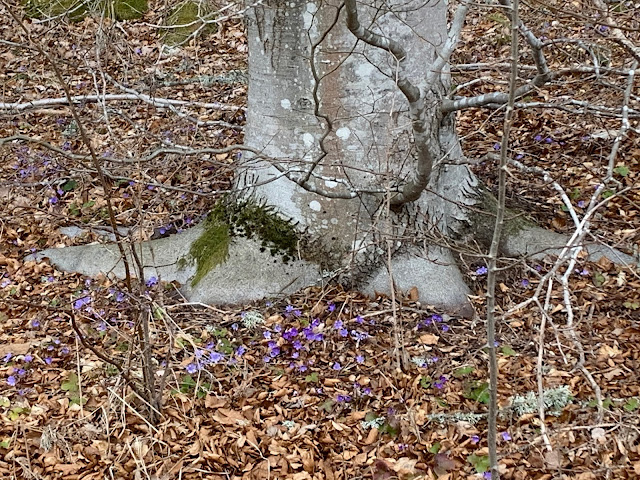