I'm happy I'm not a realtor

Now when the idea of purchasing something has taken root in my mind and Cottage II probably won't work out, I jumped online to see what else is out there. I found a cottage that looked okay on the photos on a really nice lot in the countryside. At a suspiciously low price...

According to the realtor, it's something "for the handy" that can be a gem in the right hands. I'm not as handy as I like to think I am, but I'm usually handy enough.

Only one thing to do: I jumped into the car and headed out. 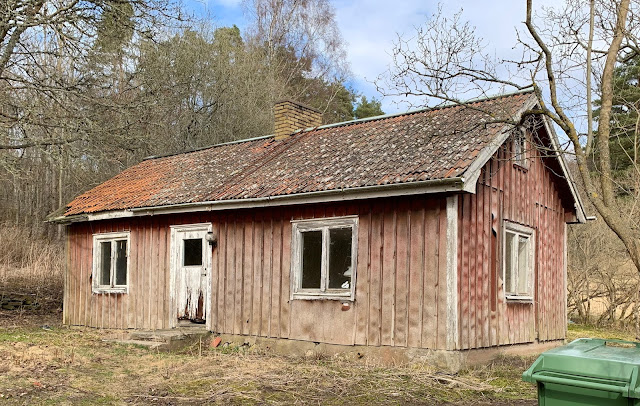 I am a perpetual optimist, but I don't think the poor thing is salvageable. I've never said that before, so it should give a hint to how bad it really was.

My heart is breaking for it - this used to be someone's home - but I didn't want to go in. I walked around it and peeked through the windows, and the smell of mold was so strong even on the outside that it made my eyes water. I doubt there's one board on the whole house that isn't soft and spongy.

If I'd been looking for a lot to build something on this would have been a great deal - beautiful trees and bushes, a well, and a root cellar - but my thing is more about saving an old house. And this one is beyond my abilities. I suspect it's beyond anyone's abilities.

Back to the drawing board...